By Mardi Michels on March 18, 2017 in toronto, Toronto restaurants 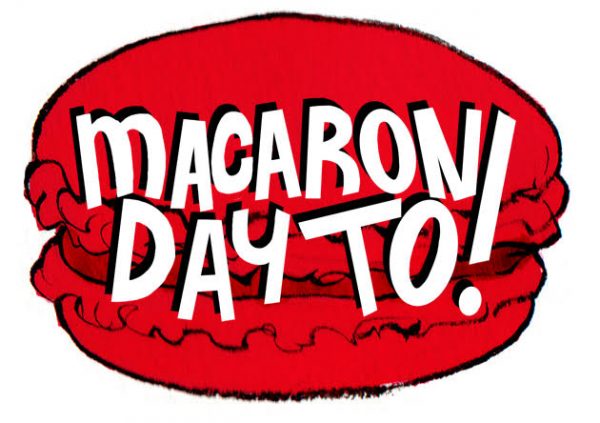 On March 20, 2017, Toronto pâtisseries will join forces with pâtisseries across the world to celebrate the Jour du Macaron!

The Jour du Macaron originated in France (the creation of pastry chef Pierre Hermé) and is celebrated every March 20th.  Now, events take place all over the world including in Toronto, thanks to patisserie owner Michel Firanski of La Bamboche, who organized Toronto’s first city-wide Macaron Day in 2012 which I was thrilled to participate in, finally (after seeing celebrations all over the world except at home for a few years prior to that!).

Customers visiting one of the participating locations in Toronto will have the chance to taste one-of-a-kind macaron flavours  created specifically for the Day (while quantities last) with  25% of all proceeds going to the Red Door Shelter.

Check out the map of these locations here.

About the Red Door Shelter: For almost 30 years, the organization has been on the front lines of delivering support services to homeless families, abused women and their children throughout Toronto and the GTA. This non-profit charity has helped thousands of families in their time of need.  The participating patisseries are proud to support this organization and their efforts.

Other Macaron Day 2017 celebrations in Toronto

Butter Avenue (Yonge/ Lawrence & Queen/ Spadina locations)
This year, Butter Avenue will be partnering with Chef David Lee (executive chef of Nota Bene), to offer 3 distinct macaron flavours just for the Day!!  1/3 of the day’s sales will be donated to to the Kids Cook to Care foundation.

Want to learn to make macarons yourself? Take one of my upcoming classes!