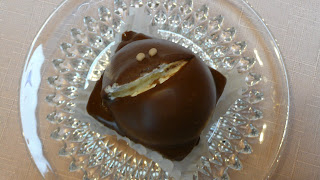 But what are they?? 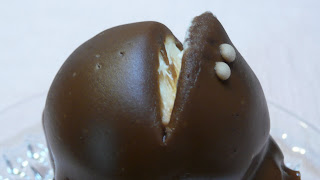 Why it’s a frog cake, of course – they even have a Wikipedia entry!

It’s a basic sponge cake square with a jam layer in the middle coated in thick fondant (brown, pink or green) icing with a round “head” made of sticky sweet cream and slit to make it look like a frog with its mouth open. Sort of….

A childhood favourite from Balfour’s bakery, an Adelaide institution that had become increasingly difficult to find recently, since the Balfour’s flagship store shut down and it’s just at some delis that you can still find them. In the 1990s when mum and dad were living in Sydney (where you can’t get them) and I was in Adelaide, I was often in charge of securing a batch of the cakes, freezing them individually and bringing them over to Sydney or giving them to mum to take back home (they freeze pretty well).

In any case, this was part of our Adelaide mission this trip. Fortunately, my cousin and aunt understand the frog cake obsession and were able to take us to a deli that sells them. We secured the last two – chocolate not being my favourite flavour in these particular cakes (I prefer pink) but hey, beggars can’t be choosers…

Mum had hers for lunch. Mine is hanging out in the mini-bar of the hotel room! It may feature at breakfast tomorrow….