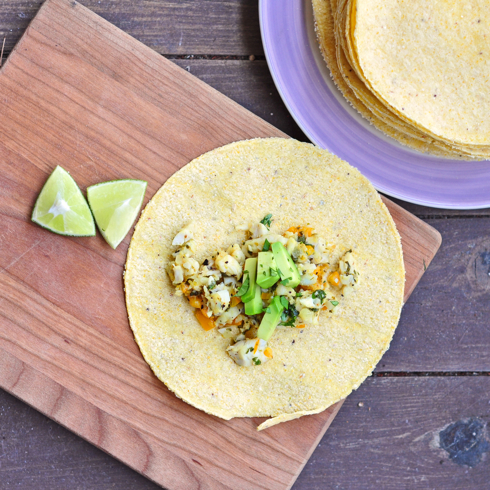 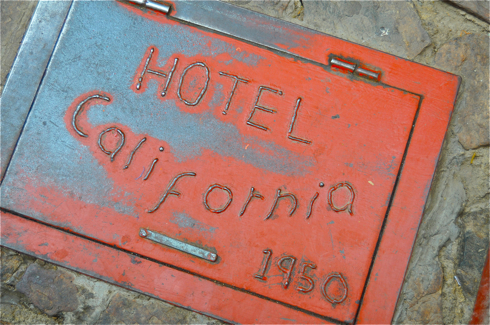 The Hotel California founded in 1947 by a Chinese immigrant Mr. Wong, opened its doors to the public after three years of construction, on February 5, 1950.  Mr. Wong lived in the 16 room hotel with his wife and seven daughters.  Though he changed his name to Don Antonio Tabasco as he wanted to fit in with the locals, Mr Wong was soon known simply as  “El Chino,” meaning “The Chinese Man”.  El Chino, had a lot of forward thinking ideas – bringing ice from La Paz to Todos Santos in the 1950s so that the Hotel California restaurant and bar served the only cold beer in town.  He then opened the first gas station in Todos Santos directly next door to the hotel further establishing his reputation as an entrepreneur.  During the 1960s and 1970s, precise details of the hotel’s history are a bit “hazy” – not uncommon for the culture of that particular era in general! Contrary to popular belief, the Eagles have never owned the hotel, though many visitors are mesmerized by the “coincidences” between the lyrics of the hit song and the physicality of the hotel and its surroundings:

Hotel California is accessed by driving down a long desert highway from either Los Cabos to the south or La Paz to the east.

The Mission Church of Pilar is located directly adjacent to the hotel and mission bells are heard daily. Since the Church is so close it sounds like they are almost inside the hotel at times.

Countless stories and firsthand witnesses relating to spirits and ghosts in the courtyard of the hotel.

During the 1960s and 1970s, people were known to grow their own marijuana in the extremely fertile land of the Todos Santos area and then roll them into “Colitas” which is a Mexican slang term for “Joint” or Marijuana cigarette.

During the 1980s and 1990s, the hotel had become neglected and in 2001, a Canadian couple, John and Debbie Stewart, purchased the hotel.  After completing a significant renovation, which would later win numerous awards for design and décor, the original 16 rooms were transformed into the eclectic 11 suite hotel it is today.  The restaurant, La Coronela and bar were added and the area of the original gas station became the tienda Emporio, the hotel’s boutique gallery/bazaar. 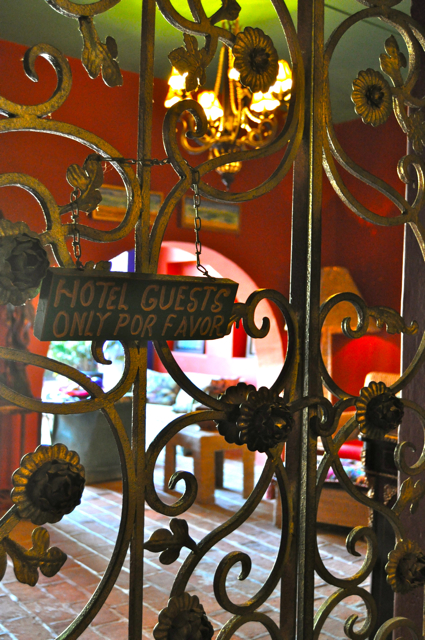 The Hotel offers many dining options – Restaurant La Coronela, gourmet bistro Santo Vino and gourmet food shop La Popular – renowned Belgian executive chef Dany Lamote focus on local organic ingredients prepared in unconventional manners featured on a menu combining exotic dishes as well as classic Mexican favorites and even some basics such as omelets and hamburgers.  If you prefer liquid refreshments, you can enjoy a specialty margarita or the award winning Hotel California Tequila and the lively bar scene by the courtyard fountain. 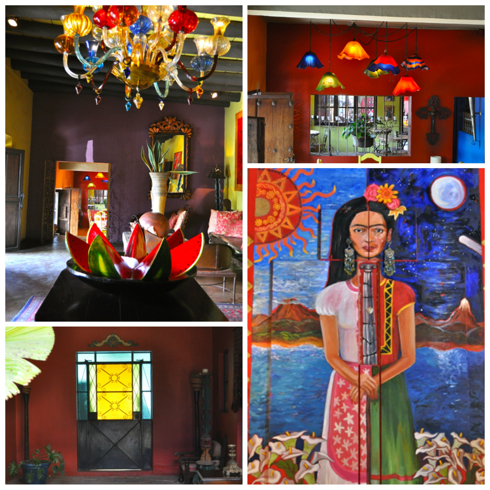 The Hotel offers 11 sumptuously-appointed, fancifully -furnished rooms and suites. Each has been individually decorated with rich fabrics and a collection of unique artifacts. Sip a cocktail on your private terrace while watching the sun set over the Pacific Ocean. Gather in one of the hotel’s secluded lounges or discover a mysterious hideaway. Take a dip in the “Hotel Guests Only” lushly landscaped pool. Enjoy the idyllic weather. 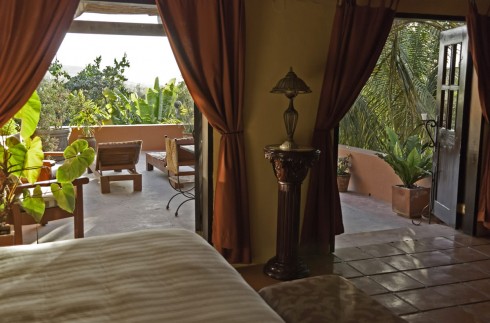 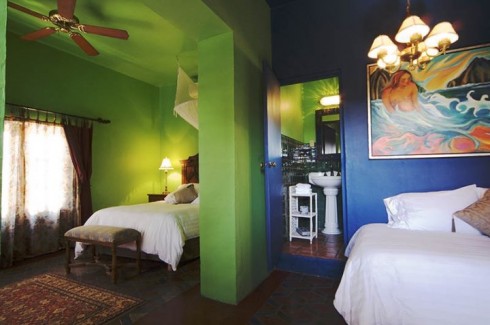 Accommodations offer luxurious 500 thread count Egyptian cotton sheets and down comforter, individually decorated rooms featuring art and furniture from around the world, complimentary high speed wireless Internet, air conditioning and ceiling fans, complimentary toiletries and bottled water and private or shared patios.  From a standard room to the penthouse suite, there’s something for everyone. 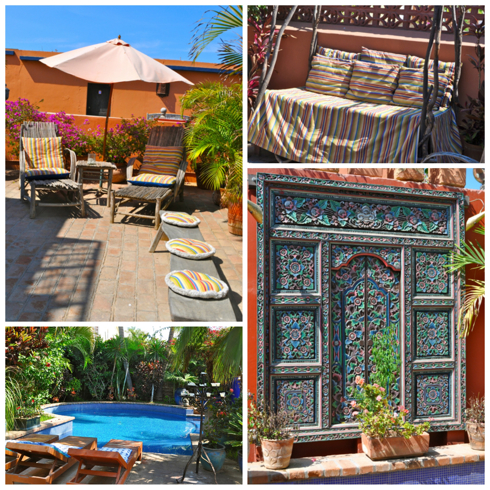 Whilst we were there, we enjoyed a lunch of margaritas (of course!), chips and guacamole/ salsa, fish tacos, enchiladas and chocolate fudge cake. One might “never be able to leave” this Hotel but one would be well fed! 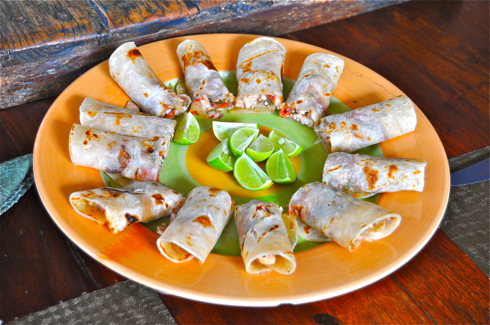 The fish tacos intrigued me – I am, as many of you know, just learning to eat fish but when it’s this delicious and fresh, what’s not to like. I set about recreating them at home last weekend and thing I ended up doing a pretty good job.

did you make this recipe?

And the result? These were delicious and fresh – a little taste of the Baja Peninsula on a grey, rainy Fall day in Toronto!  I actually ate this fish mixture over rice, topped with sour cream and avocado and it was a wonderful, light supper. Highly recommended. Hey, I might become a fish lover yet!

Disclaimer: Flights to and from La Paz, accommodation at the Costa Baja Resort and all meals were provided by the We Visit Mexico team. I was not compensated for this trip or writing this post and all opinions are, and will always be, 100% my own.

Skip to Recipe
We use cookies to ensure that we give you the best experience on our website. If you continue to use this site we will assume that you are happy with it.OkRead more