(ok, ok, after yesterday’s post which apparently grossed people out, we’re back to pretty and yummy!)

Last week, these arrived in our organic box: 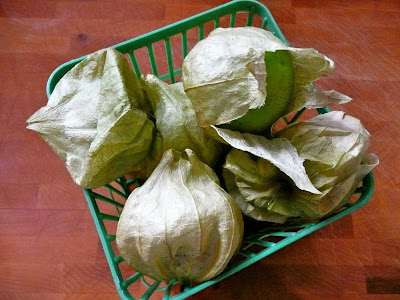 I have never cooked with a tomatillo before but the beauty of receiving local products every fortnight is that other food writers, bloggers and cooks are out there cooking with the same things and I knew I had seen a recipe using tomatillos on Simply Recipes a week or so ago….

A short search came up with this recipe for tomatillo and chicken stew. I followed it pretty closely, using chicken from Rowe Farms, and yellow onions and garlic from the organic box, making it nearly but not quite a Keep it Local challenge meal…

To make the sauce, first, I rinsed the tomatillos: 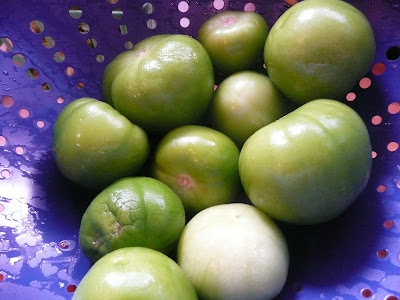 Then I cut them in half: 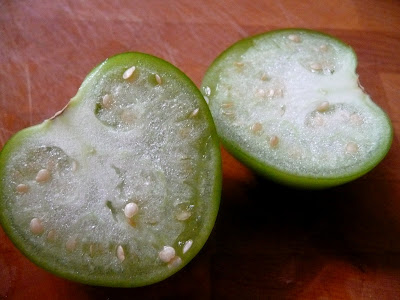 and placed them on a baking tray under the grill (broiler for you North Americans!) 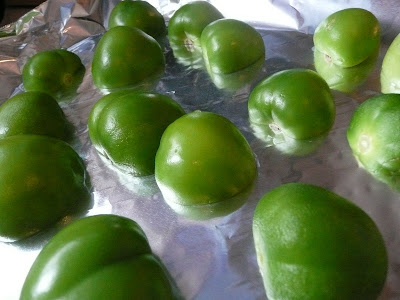 Until they were a bit blackened: 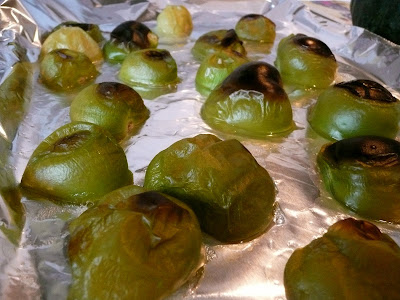 Then I took the flesh, added the garlic, lime juice and chilies and blended to make a sauce: 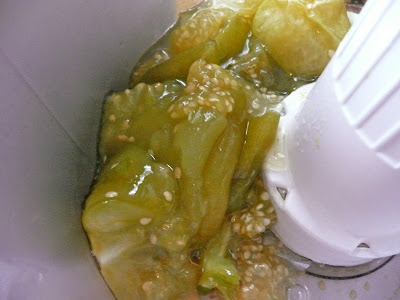 After that, I browned the chicken, cooked the onions, then added the browned chicken to the pan with the tomatillo sauce and stock. I didn’t have fresh herbs on hand so I used dried. 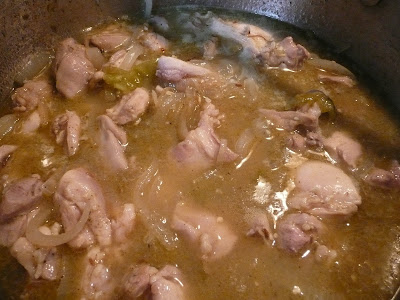 And then today I served it with plain white rice: 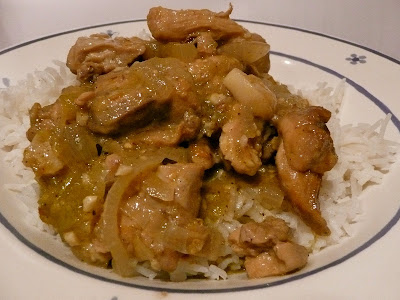 Verdict? A combination of heat and sweet and tender, falling apart chicken has earned this dish a place on my fall cooking roster. Could have used some fresh coriander that the original recipe called for but none on hand… Next time…

26 thoughts on “Tomatillo and chicken stew”