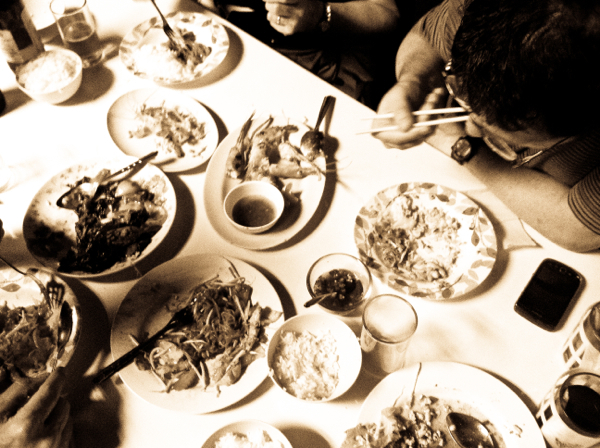 A couple of years ago, we were passing through Bangkok en route back from Laos (please excuse the photos in the Laos posts! Was a very newbie photog at that point!) for one night only and had the great fortune to dine with our “local” English (but based in Bangkok) guide at Jok Phochana.  Both of us knew that if we made it back to Bangkok, it was a place we needed to find again.  When Andy had taken us there, we were in a cab, straight from the airport with pretty much no idea where we were going and not really paying attention as we chatted away in the back of the car.  The food was so good, definitely not your dumbed-down-for-tourists Thai fare, but how to find a restaurant with no address?

Well we needed to find out because we were headed there last May for a conference (a whirlwind 5-day – for me – trip!)!  A total hole-in-the-wall restaurant on an alleyway somewhere in the city though, I wondered if I might ever find it.  Enter Google and the magic of GPS tagged photos. A photo on Flickr led us right to a Google map of the location. True enough, it’s a laneway but there it was. Our “address” caused many perplexed (and to be honest, concerned, looks) at the hotel reception as we ordered a taxi but we eventually made it there. 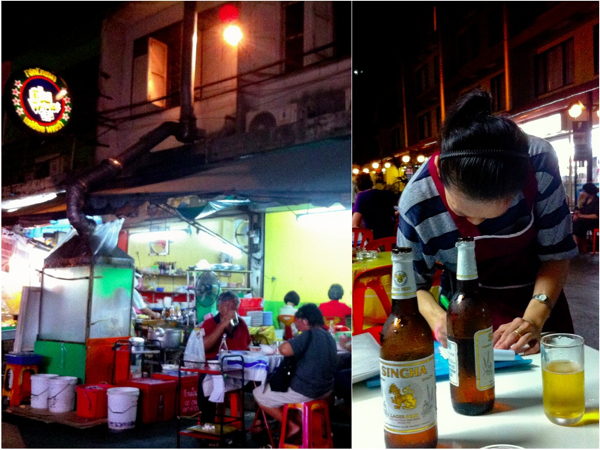 Frequented by locals and tourists alike, Jok Phochana has been around for over 40 years, owned and run by the same family.  Reminiscent of the soup shops, popular with Chinese immigrant workers in the early days of immigration to Thailand, Jok Phochana offers filling, authentic dishes at reasonable prices and an entertaining welcome from owner Panya Amnajpantanakorn*. We dined for around $20CAD for four people (6 dishes and 5 large beers). Well worth the adventure of finding the place!

* thanks to this article in Bangkok 101 (p 51) for filling in a few gaps about this elusive eatery!

It’s easy to subsist on street food in Bangkok, so heading to nahm run by Michelin-starred chef David Thompson, definitely felt like a bit of a splurge. I had been tasked with finding a restaurant for a special dinner for a party of 10 and nahm offered a private room with a set menu and was easily able to accommodate us (the set menus are also available for smaller parties). 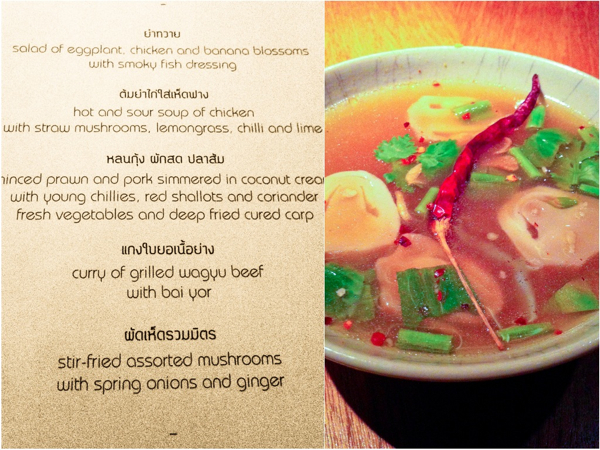 Australian-born Thompson is renowned for his Thai cuisine, establishing his reputation with Darley Street Thai in Sydney (1991), then Sailors’ Thai, in 1995 (also in Sydney).  Thompson opened nahm in London in 2001, and was awarded the first ever Michelin star for Thai cuisine just over a year later.  nahm in London has since lost the star but in April 2012, nahm in Bangkok was included in The World’s 50 Best Restaurants Awards.  Controversial when it opened in 2010 because many wondered how a foreigner might bring something different to Thai food in Thailand, nahm promises a meal that is “an exercise in balance, with the dynamic interplay of hot and sour, sweet and salty.”  Certainly, Thomspon does not shy away from traditional Thai ingredients and flavours, making this an exquisite and authentic Thai dining experience not to be missed. If you don’t like too much spice (like one of our party), nahm can graciously accommodate you with milder dishes or versions of the menu items.

Our menu came in at around $55CAD for a family style appetizers and mains (9 dishes in total) and individual desserts (not including drinks, tax and tip).

Finally, if you’re looking for a way to transport those Thai flavours home with you, I’d highly recommend the Amita Thai Cooking Class for a hands-on cooking class. 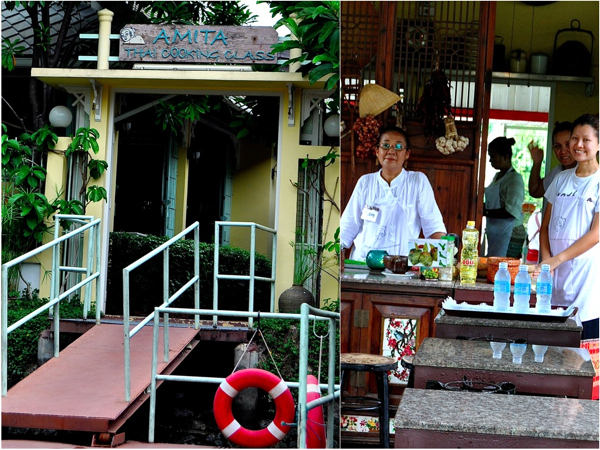 With a choice of three menus, these half-day English language classes include transportation to and from your hotel (including a boat trip from Maharaj Pier along Chao Phraya River via Bangkok Yai canal to the school).

The classes include welcome herbal drinks, a garden tour where Tam talks you through some lesser known Thai ingredients, a demonstration class,  and a hands-on session where you will cook four dishes which you then get to sit down to enjoy together at the end of the class. 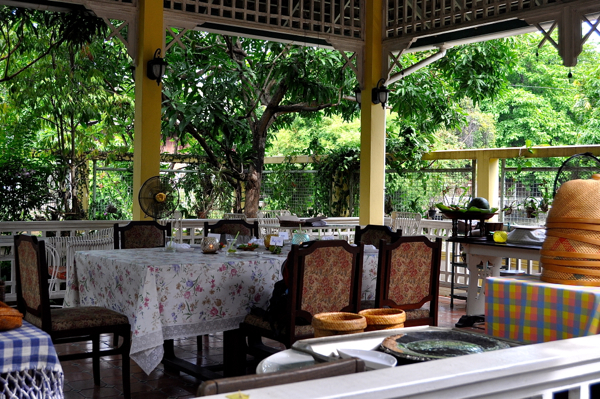 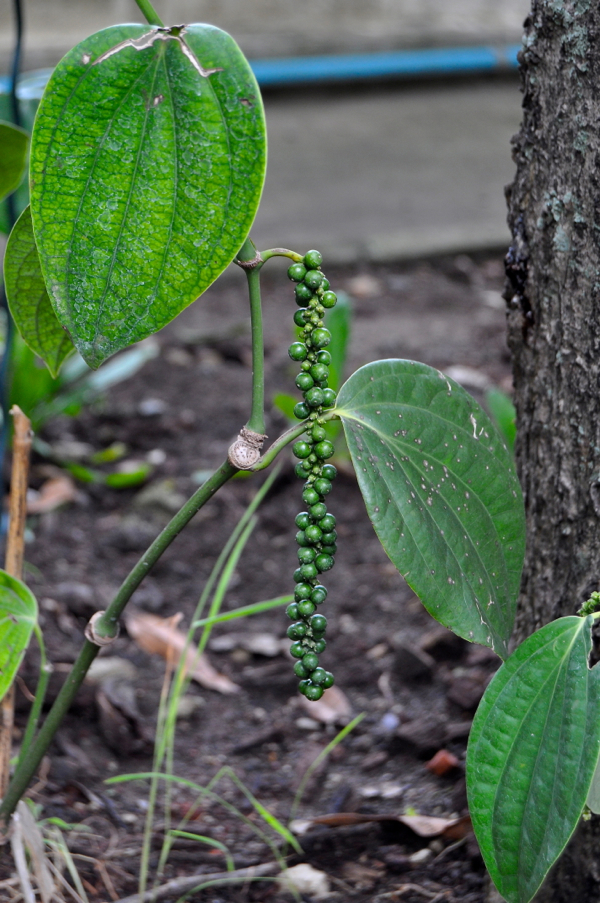 You’ll leave with a full belly and a stack of recipes for you to take home and re-create.

Owner/ instructor, Tam Piyawadi Jantrupon has spent considerable time abroad and is fluent in English (and quite hilarious with a keen sense of humour to boot!).  She practised her cooking skills (learned from her aunts and grandmother then honed in culinary school) in Los Angeles where, as the spouse of a diplomat, she had the opportunity to cook for the Thai community.  At Amita, Tam hopes to share the experience of true Thai home cooking in a laid-back environment.  For me this was a highlight of the trip. Tam is knowledgeable and approachable, the location is welcoming and the food superb. Bonus? Now I know how to make it all chez moi!

In short, three very different experiences for food-lovers in Bangkok – which one would you choose?

A version of this article originally appeared on the Bon Vivant Travel Blog.

** US and Canadian residents have you entered to win a Precision Pro Digital Kitchen Scale? Contest closes Monday January 21st at 6pm EST.