New Year’s Eve – Le réveillon – 2009. It was a cold, crisp evening in Dinan. The lights were lit and the town was all dressed up: 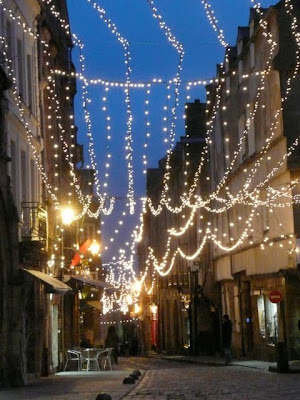 Outside our little abode, our star was flashing on and off in a crazed manner as it was wont to do: 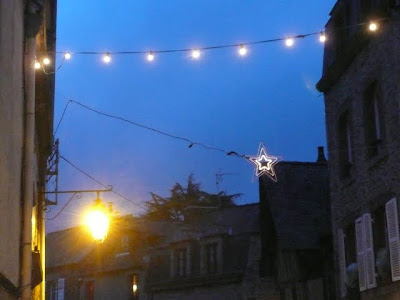 Inside, we were gearing up for the last meal of the decade… 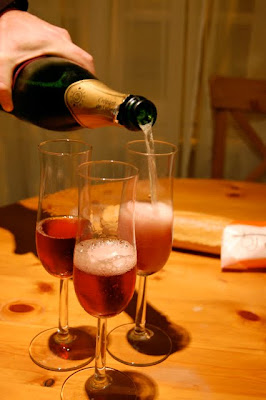 Upon arrival at our rental property in Dinan, we had been thrilled to find a raclette grill in the cupboard and I had resolved to make use of it at least once since it’s the sort of thing you might buy but never use or, in my case, not buy because you would use it so little that it would not justify the cupboard space it took up. 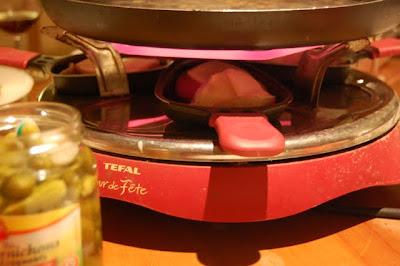 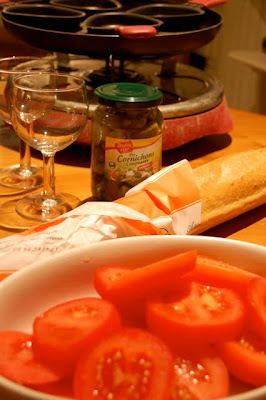 We didn’t make the most traditional raclette fixings ever but it was a great accompaniment to Neil’s famous roast chicken (brought to us by Santa, didn’t you know?!) 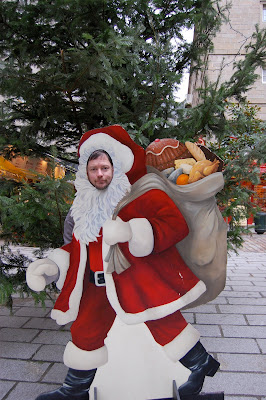 Santa also bought us some nice bottles of wine to toast the new year: 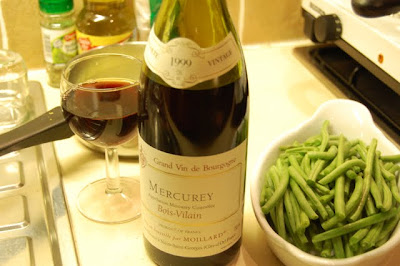 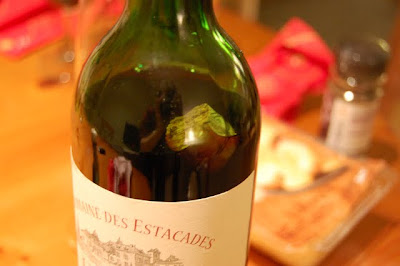 And we set the table with care: 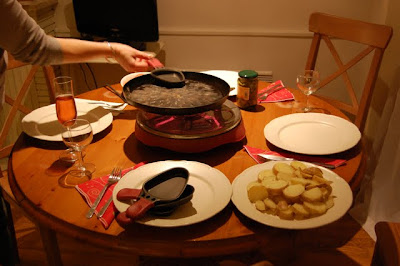 The raclette needed a little supervision, it was a bit wonky: 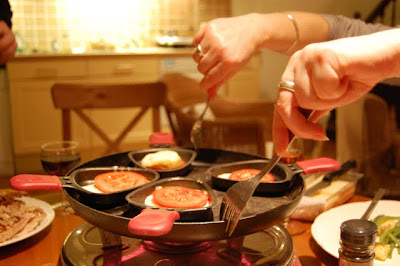 But we worked it out… 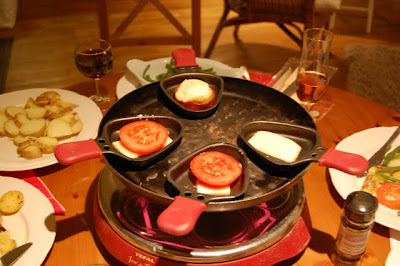 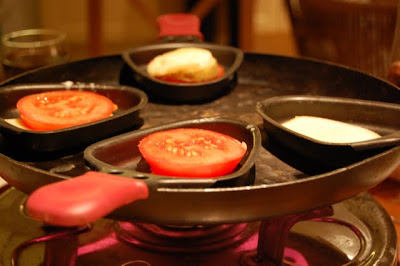 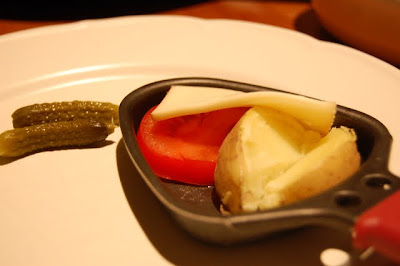 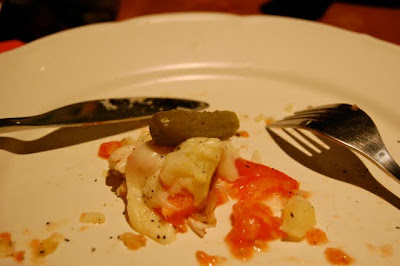 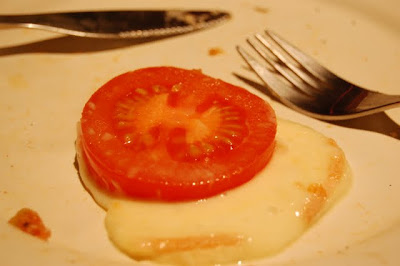 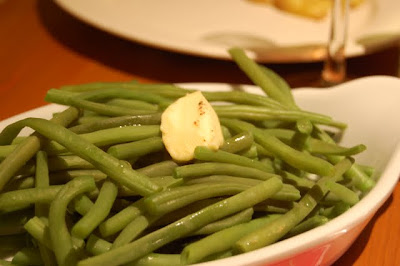 And chicken and potatoes: 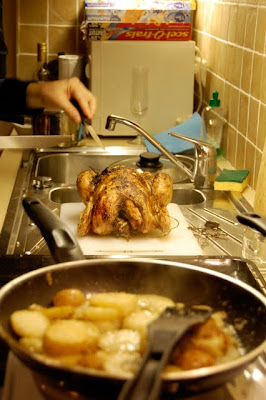 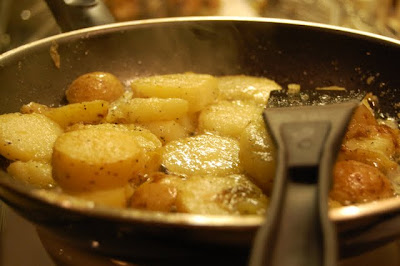 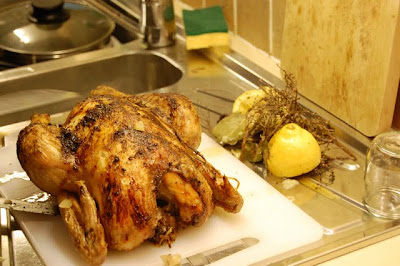 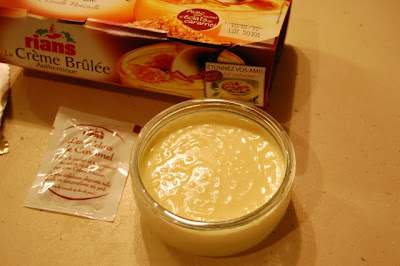 Now I know, I know – you purists out there will be horrified at our store bought (and not even in a pâtisserie) desserts but part of the fun of being in another country is trying out products you don’t have at home, though you can now buy these crème brûlées from President’s Choice (and who doesn’t love the President?) and I think they need to be tested out. I digress, however… Cathy and I were totally enamoured with the “Astonish your friends” label on the packaging and I can tell you there were lots of astonished looks as we prepared the desserts (well, it was quite late into the proceedings by then…).

Crèmes brûlées for Neil and Cathy: 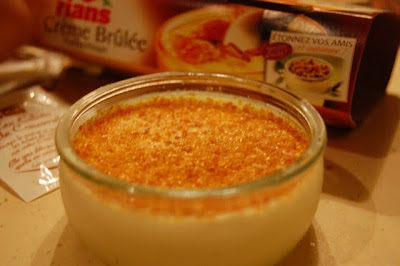 Comes with its own little package of sugar to make the “brûlée” part. 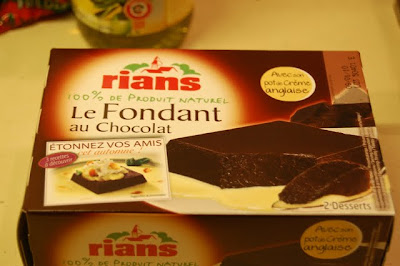 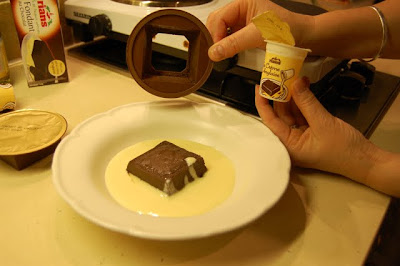 Fondant au chocolat for me. Complete with its own pot of crème anglaise. I could drink the stuff neat, me. 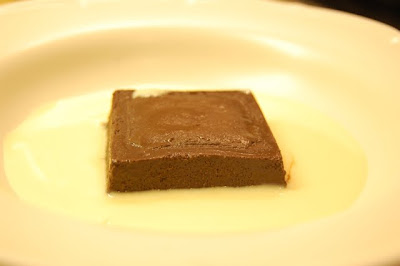 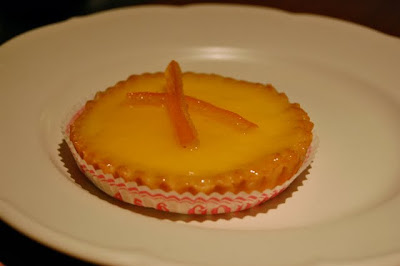 Tarte au citron (from a real bakery) for Alicia. She had been hankering after one all trip and finally found some lovely individual ones in Cancale. 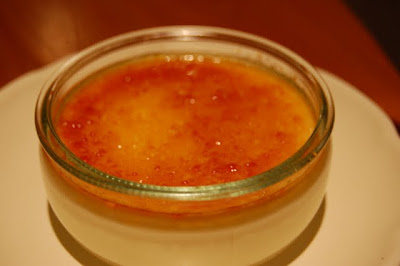 (inset astonished face here at the wonder that is the crème brûlée doing its thing!) :-O 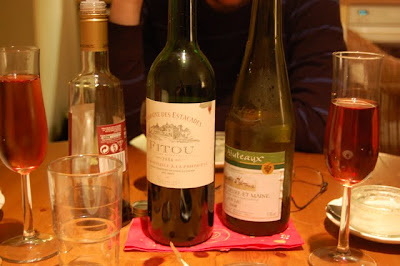 And some more drinks, of course! 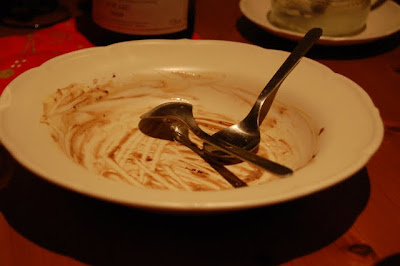 We didn’t make it much past midnight (we are getting old and we did start the evening fairly early) but it was pretty much a perfect réveillon – good food and wine and good friends. Who could ask for more?