On arriving in San Francisco for the Foodbuzz Festival last Friday, I had a plan:

1. Replace USB cable for camera (duh – DUMB blogger, forgetting that at home!) and
2. meet Andrea from HighLow FoodDrink for lunch.

After a wild ride in the San Fran rain with a crazy taxi driver (and some $30 later), I finally caught up with Andrea at the R&G Lounge in Chinatown. She had emailed me from the plane that Anthony Bourdain recommended the place, especially the salt and pepper crab so that’s what we were after!! Whilst I was on my crazy ride, Andrea had managed to snag us a table and I was swiftly seated, only to order “what she’s having” which turned out to be this: 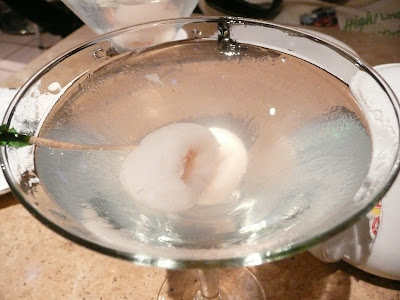 A lychee martini 🙂 Sooooo good and soooo needed, especially as at that point I had been up for 12 hours… Andrea ordered the crab – I had no idea what this dish really was or how big it is but hey, if Bourdain recommends it…. The waiter thought it would be “enough” for the two of us. 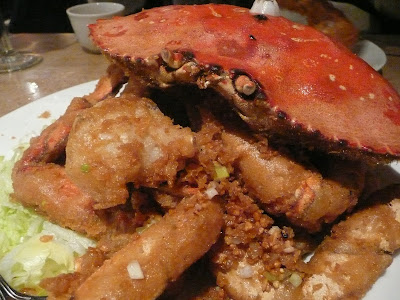 No photo will actually do it justice but he was a huge guy with what seemed like an infinite number of legs. Turns out neither one of us really knew what to do with the crab legs but here’s Andrea looking cool, calm and collected, determined to get the most out of that dish: 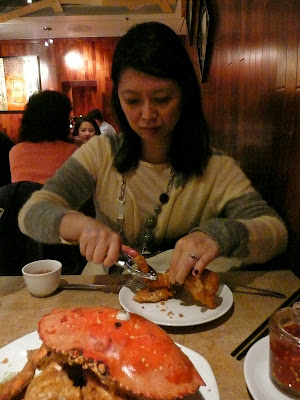 This was amazing – so tasty and so much fun (if messy) to eat. Thanks Andrea for sussing this place out – I never would have found it – just an unassuming storefront amongst hundreds of others in Chinatown. An address to remember, for sure!

14 thoughts on “Well if Anthony Bourdain recommends it…”