(or why I am clearly not a baker!)

So it all started out when I decided that the BLT from scratch challenge was something Neil and I would participate in. I was completely convinced that this would be do-able. And, for the most part (the parts that we have a say in, so nothing to do with the L or the T parts of this challenge, cheers Mother Nature for the horrible plant growing weather you have bestowed upon us this summer), it has been fine.

You can check out our progress by clicking here. Neil has made a fine bacon and a couple of different pancettas. Our tomatoes are finally ripening. I mean, look at this: 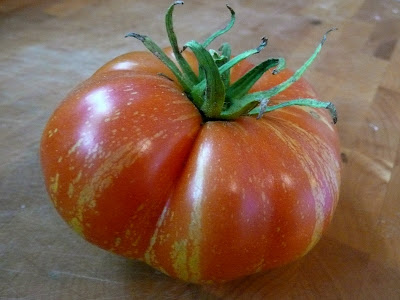 I started thinking I should probably experiment with the bread. The long weekend seemed like a perfect time so I set about exploring the world of Irish soda bread and Australian damper (since I don’t have a breadmaker and was concerned about learning how to bake with yeast so close to the “reveal” date (this Saturday, September 12th).

First, I tried this recipe (edited to add: this site is no longer live) for damper. It did not work: 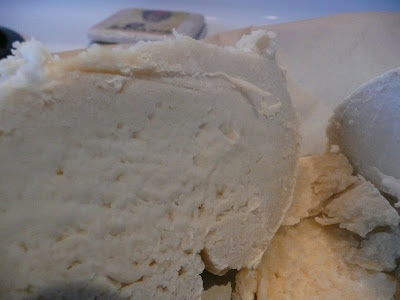 I tried it again the next day. Again, it did not work: 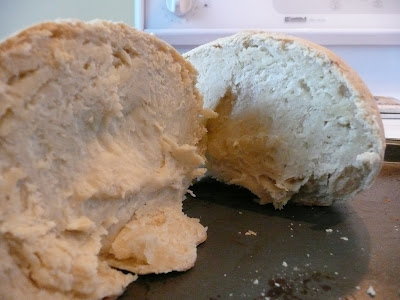 Then I researched a couple of different recipes for damper and found many of them called for far less flour. So I tried this one (again, this link is no longer valid) Different shape, same result: 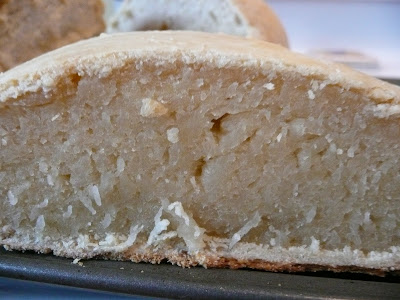 Feeling rather at the end of my tether, I tried the Sophisticated Gourmet’s soda bread recipe. Result? Well, not quite the disaster of the previous three tries. Take a look: 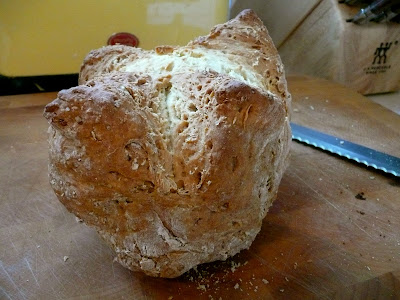 An odd shape, to be sure and still rather dense, kind of like a true English scone in taste but soda bread texture. 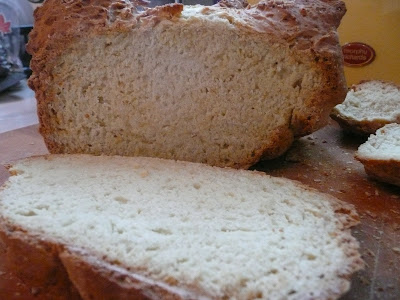 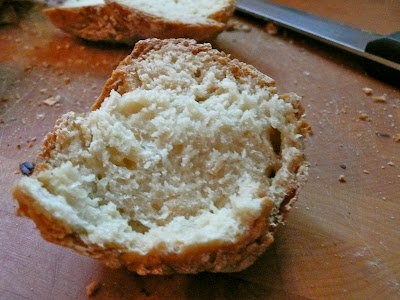 To be honest at this point, I probably would have thought cardboard tasted good so I gave Neil some warm bread with butter and jam to taste. 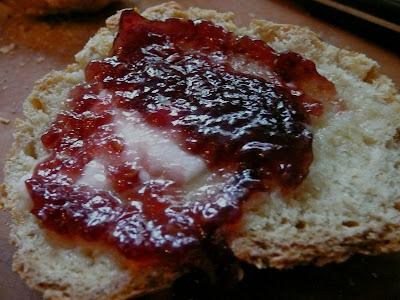 He pronounced that it tasted “like a giant scone” and that was that. I thought it was a nice “for breakfast” bread but won’t be getting up early on the weekend anytime soon to make it…

So what of the B of the BLT next week? Well, I might be game to try this recipe for soda bread form the New York Times later on this week. However, I have also enlisted the help of a friend who cooks and bakes so well she could open her own restaurant. Hopefully she will show up with two loaves of delectable “No knead bread” (again, thanks to the New York Times for the recipe) – a bread I keep meaning to make but which requires time. And patience. Two things I don’t have a lot of these days now I am back teaching and soon to go back to university…

Stay tuned for more bread adventures – I won’t be beat by a bowl of flour and water. I simply won’t!

23 thoughts on “Adventures in bread baking”