Moving on from Joshua Tree and Death Valley, we headed to Yosemite National Park. 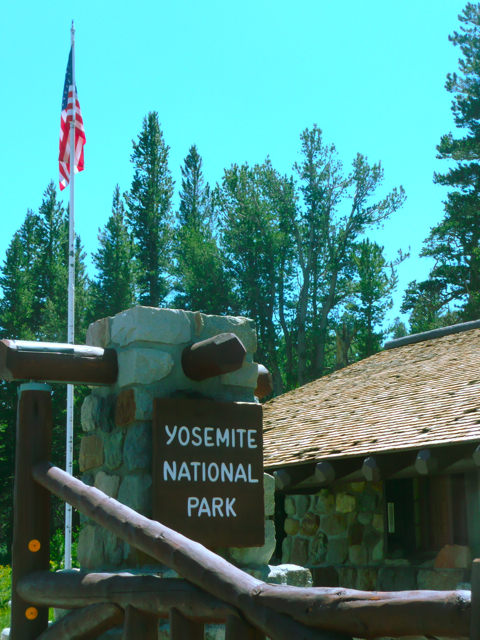 I have to say that, whilst the Joshua trees fascinated me with their oddness and Death Valley took my breath away with its weird and other-worldly nature, Yosemite stunned me with its beauty. 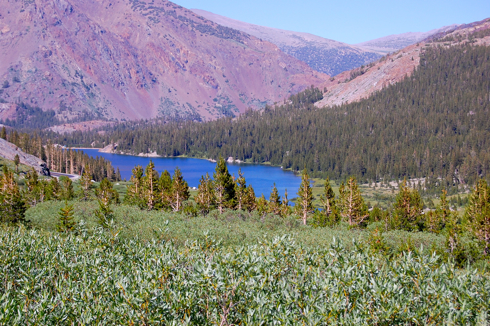 The weather was (literally) a breath of fresh air, quite cool in the mornings and evenings but it warmed up during the day – pretty much your perfect summer temperatures.  On our first afternoon, after arriving in Lee Vining, we headed out to the park to orient ourselves and plan the following day and coul dnot get over how many places there were to stop and take in the scenery. 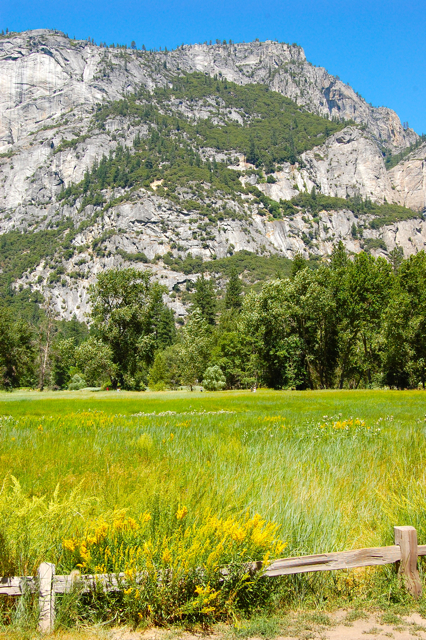 For some reason, the landscape reminded me of Scandinavia (even though I have never been there) – and it was so far removed from the previous days’ experiences that it was hard to believe we were even in the same country.

The following day, we head out early in the crisp cool air to take in some of the “musts” – the view from Olmstead Point: 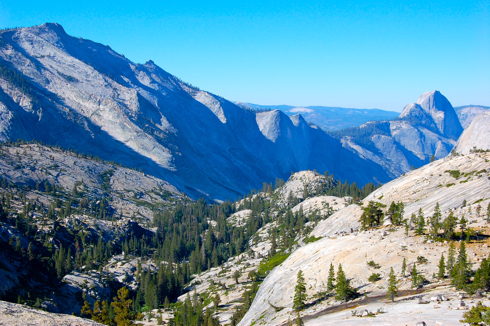 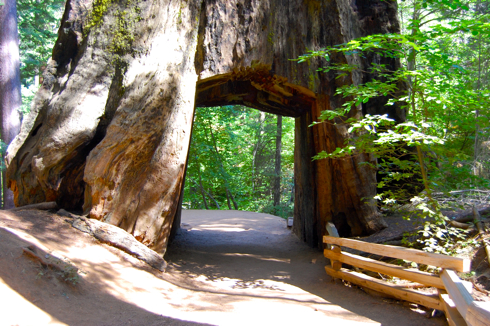 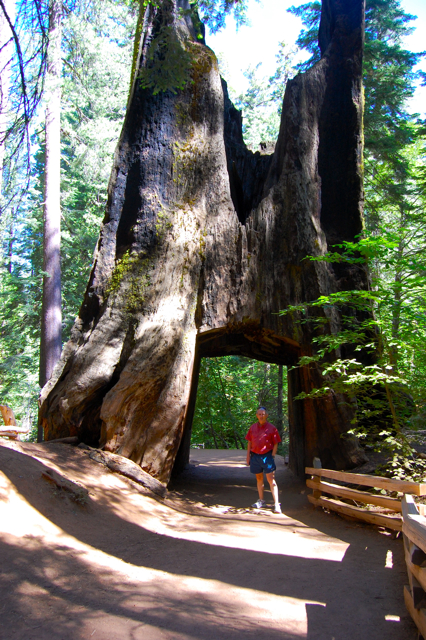 (dad providing some perspective on their hugeness)

The trail down to the grove is a couple of steep miles (a loop) and is so gorgeous you might not feel your legs hurting as the day heats up around you: 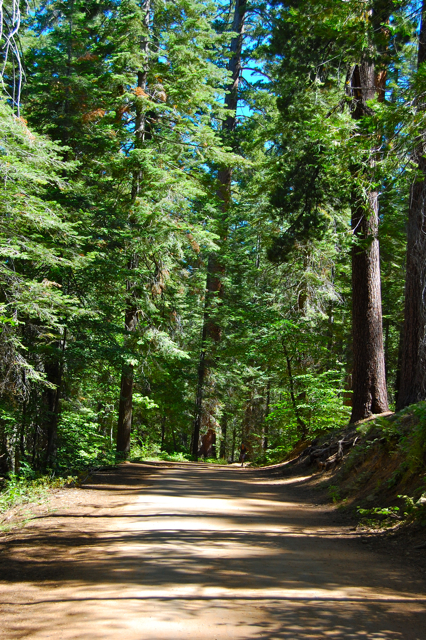 After this, it was hard to believe that there was still MORE gorgeous scenery, around every bend: 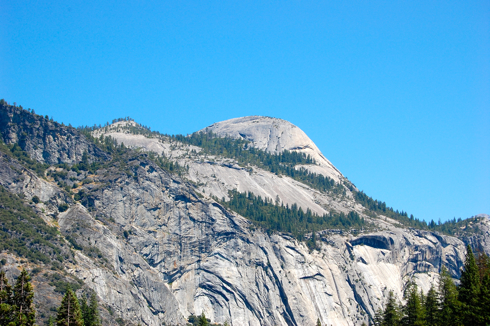 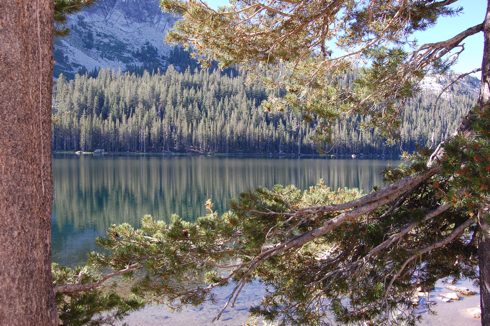 On arriving in Yosemite Valley, we were confronted with the most people we had seen all week (a bit of a shock after the comparative emptiness of Joshua Tree and Death Valley) and promptly headed to the relatively secluded Ahwahnee Hotel for a much needed refreshment. It’s truly magnificent – the architecture, the surroundings and the interior: 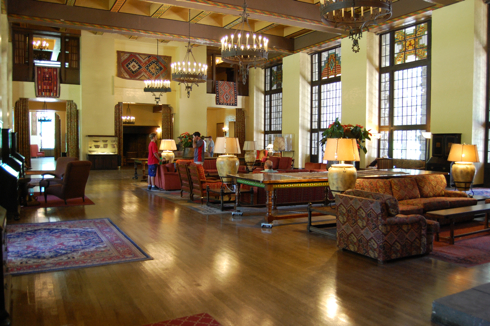 Seated outside on the drinks-only portion of the patio (how civilised!), we were joined by a little mate, seeking the cookie mum always seems to have tucked away in her bag. She thought he was cute until he really started going for it… 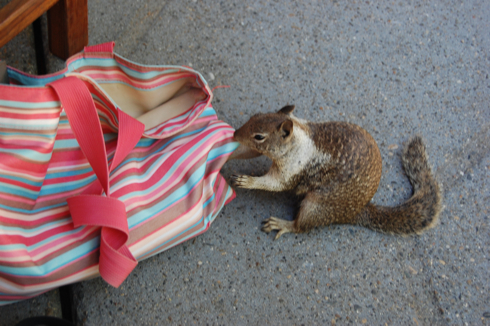 (yes, Aussies tend to think things like chipmunks, squirrels and raccoons are cute because they don’t have to live with them…)

In any case, we got on with what we were there for.  Neil told me I could not go past this: 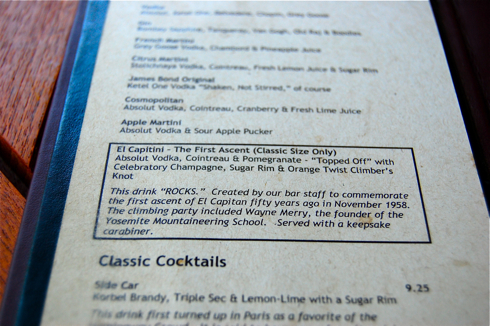 (well you know, can’t go past a free carabiner – especially when it’s PINK!)

Cheers. I will for sure be recreating this one at home – it was absolutely perfect. For lunch.

Yosemite’s natural beauty is shared by the surrounding towns and we really enjoyed our two nights in Lee Vining at the delightful Hess House B&B.  Our lovely hostess Vinecia cooked the most delicious apple pancake for us one morning that was unlike anything I have ever tasted and on my list also to experiment with soon: 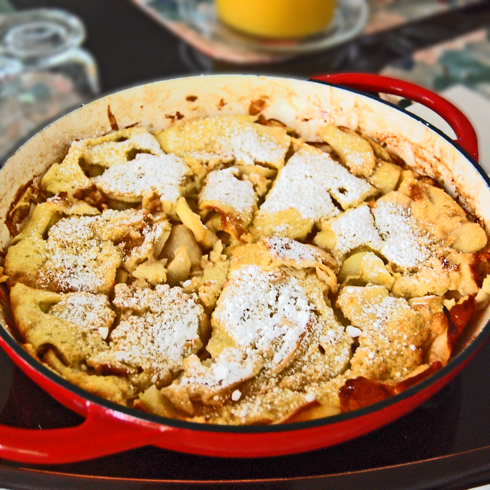 Apart from our gourmet breakfast, we enjoyed a good old-fashioned American dinner at Bodie Mike’s BBQ. 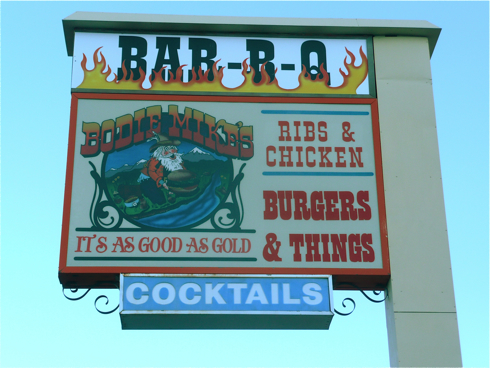 I mean, with burgers on the menu called things like “Good as Gold” and “Strike it Rich!!!” (yes, three exclamation marks and all!), how could you resist?  This was solid standard diner-type fare at reasonable prices and hit the spot after a long day’s drive.  As well as the burgers, ribs and wings made an appearance as well as the largest piece of (amazingly good) carrot cake ever served. 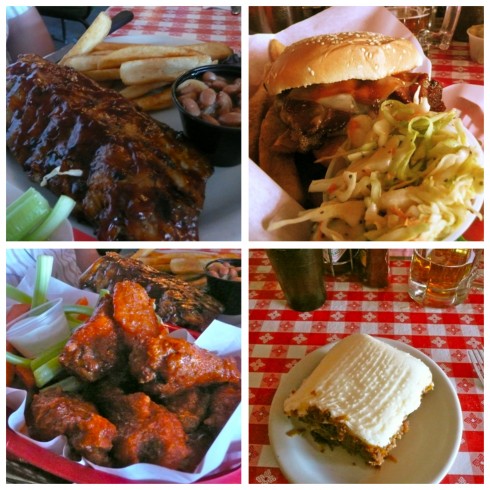 And when you leave with rib meat still sticking in your teeth, you’re relieved to spot the tooth-pick station on the way out: 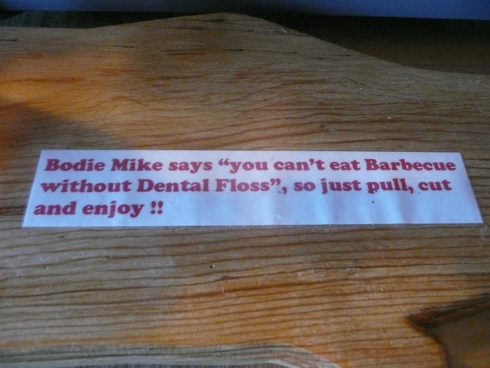