What has the ELTW household really been eating at home?

Yes it’s true, the last month has been completely crazy for me – starting with parent-teacher interviews the week of Hallowe’en (I actually quite enjoy them but teach so many students that my timetable is always full meaning I am chatting with a different group of parents every 10 minutes = very tiring), then Hallowe’en day itself at school.

The week after that I was off to the Foodbuzz Blogger Festival which can only be described at three of the craziest but most wonderful days. There was hardly time to unpack in between as I was off to Montreal for a conference and some (more) eats and drinks. The following week, reports were due as well as my major term paper for grad school.

There was to be no rest for the wicked though as that following weekend, I headed out to not one but TWO foodie events (thankfully only one involved eating and drinking) – The Gourmet Food and Wine Expo and Jamie Oliver speaking in Toronto.

I have been rewarded for these last (self) indulgent weeks this weekend by a lovely case of what feels like it could be the flu so am laying low for a couple of days and hopefully will knock it on the head as I simply cannot afford to be sick in the next three weeks… Too much to do, see, eat and drink!

I haven’t posted a “normal” weeknight recipe in a while so thought today would be a good day for that. Something we eat often in the fall and winter is some form of chili. I love it because you can throw it in the slow cooker and forget about it and a few hours later you have a wonderful meal. The other week, I made a particularly lazy version of this which included: 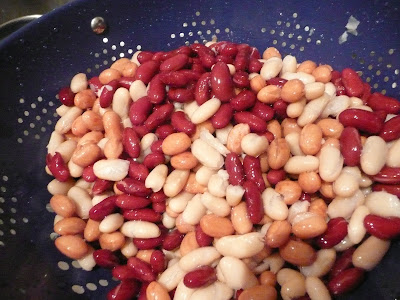 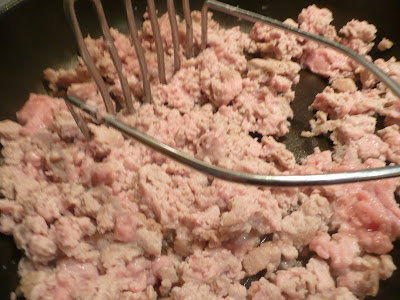 Minced chicken ( had some needing to be used up) 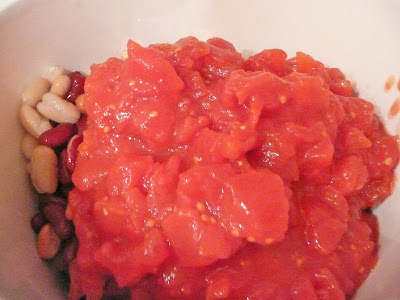 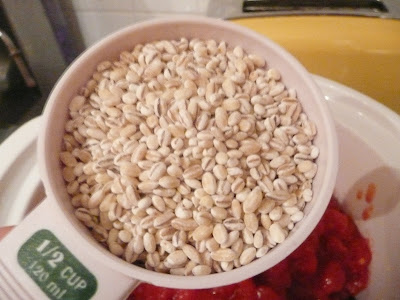 A half a cup of pearl barley – since there was hardly any meat – to bulk it up a bit. 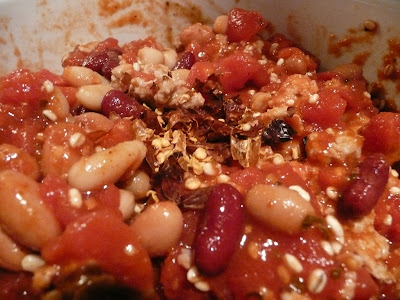 Some dried chili seeds on top 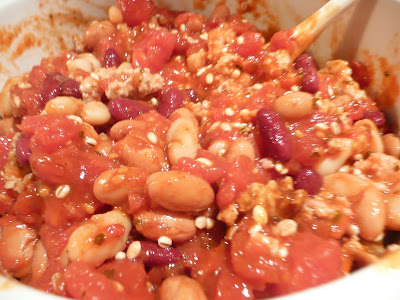 And there you go! 5 hours on “low” later, it was ready to enjoy 🙂 And it made a few days’ worth too!

In our organic delivery the other week, I had ordered “patty pan squash”, thinking I was going to get something like these mini-sized squash:

(I found this picture on About.com)

What we actually got was this: 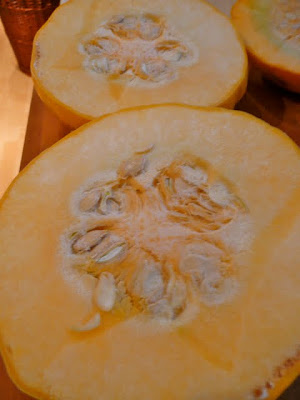 I de-seeded them and drizzled with a little olive oil, salt and pepper: 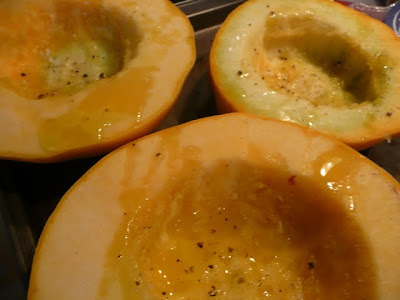 Baked them in the oven until they were scoopable: 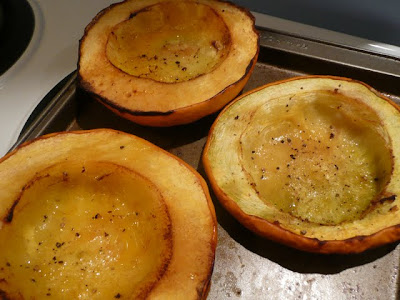 Scooped the middles out: 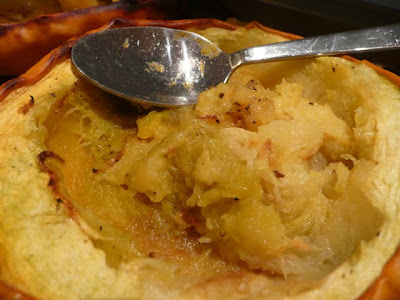 Fried this up with some leftover zucchini and mushrooms: 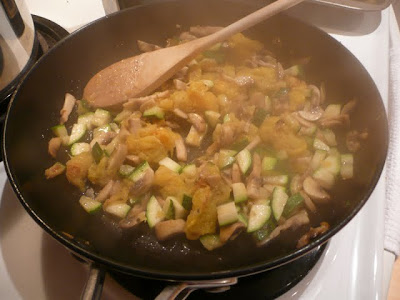 Added the veggies to a risotto: 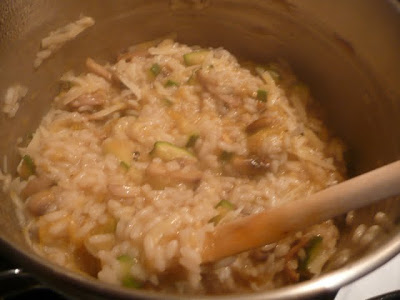 Stuffed the squash with risotto and topped with Parmesan: 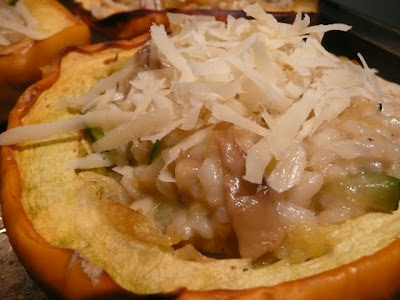 And baked it until the cheese was bubbly: 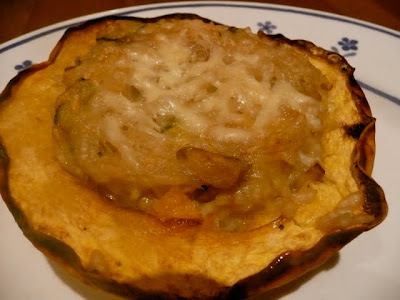 This was an excellent dish and both of us had the other half for lunch at work the following day – it reheated nicely in the microwave too.

So you see my life is not always all food and drink extravaganzas, sometimes simply home-cooked is good too. Actually, a lot of the time, that’s just what we all need.

Thanks for continuing to read and comment – it really does keep me motivated! – and for putting up with a lot of exclamation marks last month. It really was a stellar month. I have a bunch of great posts lined up over the next three weeks and then, of course, I will be blogging from Paris and Dinan (Brittany). What can you expect to be reading about?

1. Afternoon tea at Angelina’s with Mary-Laure (check out her lovely blog).
2. Wine and cheese tasting at O Château (as recommended by David Lebovitz).
3. Macaron workshop at Elysée Lenôtre.
4. Cooking atelier at ArtHome Paris (me) that I read about on Rosa Jackson’s blog.
5. Lunch at Nomiya (Neil and our lovely friend Alicia who will be with us in Paris) also recommended by Mr Lebovitz. They are under STRICT instructions to take many photos!
6. The Miles Davis exhibit at Cité de la Musique.

and you know, I could go on and on. But I will leave that until December… Bon courage everyone for the festive season about to begin!

21 thoughts on “So amongst all that overidulgence…”