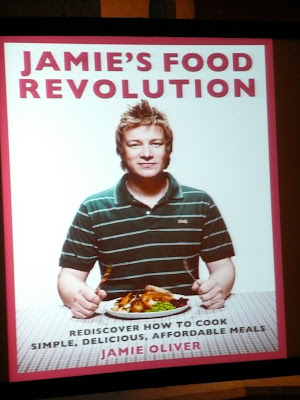 I was fortunate enough to score tickets to see Jamie Oliver speak in Toronto last weekend. Just one day after finishing filming his Food Revolution in Huntington, West Virginia, Jamie spent the afternoon chatting to the Toronto crowd on subjects ranging from how to get your husband to cook to describing his biggest mishap in the kitchen (let’s put it this way, it gives a whole new meaning to his “Naked Chef” title…).

Jamie is a charming, affable fellow (and I don’t mean that in a condescending way) and a great public speaker. He really knows how to “work the crowd” but it’s genuine – he is really excited to speak to people passionate about his projects and from time to time, seems like he can’t quite believe his luck as having such a cool and worthwhile “job.”

On a bare stage (save two armchairs and side tables that he didn’t use), casually dressed in jeans, a leather jacket and a baseball cap, he answered questions for 90 minutes which went by in a flash.

The way the event was set up was not the most efficient – with our programmes, we received “question cards” to fill out and hand to the ushers who would then pass them on to Jamie. But with something like 2000 people there and just 90 minutes, Jamie barely scratched through the surface. Which was frustrating – I could have listened to him for a couple more hours answering audience questions with his characteristic candour and cheeky playfulness. 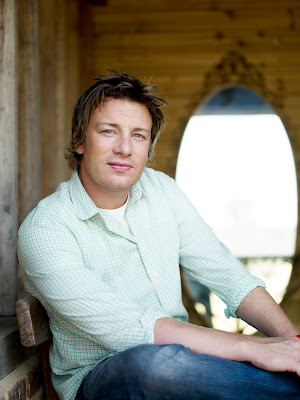 The one low point of the afternoon was ban on photography. The minute Jamie stepped on stage, flashes started going off left, right and centre and, not having heard the usual “no photography or recording devices” announcement, I figured it was ok to take a couple of photos. Without flash, bien sûr. I am used to not being allowed to photograph or record music concerts but I thought this was different and that they had allowed it.

Ummm, apparently not. Our usher was having none of that. We were not even allowed to hold onto our cameras… After complying with her request to stop taking pictures (which involved flashing her flashlight along the row the minute you even laid a hand on your camera), I kept my camera in my hand so as not to make rustling in my bag sounds and annoy those around me. The usher stood at the end of the aisle with her flashlight until I actually put the camera away. Meanwhile, the rest of the crowd was merrily snapping away (with flash) with a very few ushers asking (but not insisting) they stop. I mean, don’t get me wrong – I have absolutely no problem if photos are NOT allowed but am perplexed as to why so many people were “getting away with it” in other sections. A consistent policy and a clear message would not have gone astray.

(this David Loftus portrait courtesy of the nice people at jamieoliver.com since I wasn’t able to get a decent shot – thanks Peter)

Ok, so I digress! I am going to admit to being a bad food blogger here because after the usher kerfuffle, I actually wanted to sit back and enjoy the “performance”. I feel guilty that I didn’t “cover” the event as thoroughly as I would have liked to, but it was just one of those days when I needed to take off my blogging hat and put on my “I need to veg out on a Sunday and enjoy myself” one! Got some quotes for you though! 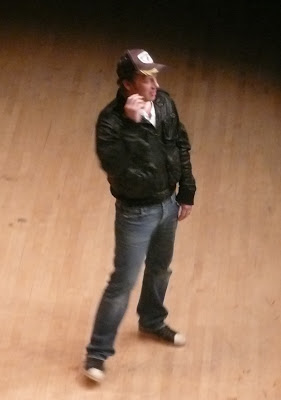 “Growing some stuff makes you a better person.”

“Every single school in the country – certainly elementary schools – should have a garden.”

Gardening can be a “profound” experience for children – you can even base your math, art, English and history classes around a garden and make the lessons really come to life.

“I never met a kid that has planted a seed, cropped, picked and cooked [the plant] that won’t eat it.”

“Anyone in a position of power who doesn’t support [the idea of spending money now to prevent health issues later on for our children] is stupid.”

Simply put – “bang a garden in every school.” 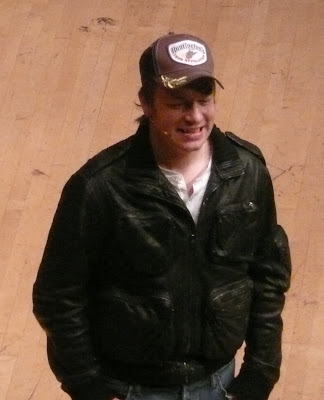 On getting kids to eat “healthy foods”:

Find something they like – smoothies, bolognese sauce or soup, for example – and hide “the good stuff” in that!

On his favourite food:

It’s transient – depends on where he is in the world (and in some countries, “you have to look harder than others.”) but right now it’s real Mexican and food “inspired by the native American Indians” which apparently have a lot of similarities.

“Don’t get me wrong, I love a sour Haribo from time to time…” 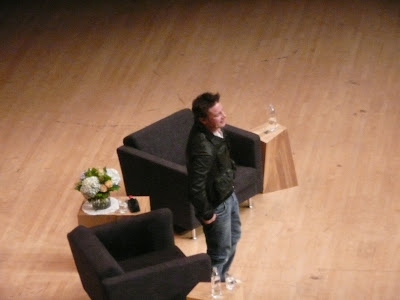 “It’s an addiction! I am completely obsessed by them! Did you know there are 46 different kinds of chilies?”

Chilies speed up our metabolism by 25% according to Jamie.

Jamie always “gets a rim of sweat on [his]nose” whenever he talks about cooking with chilies. 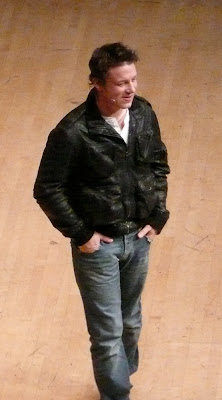 On teaching your husband to cook:

“Sometimes fellas don’t like to be told what to do in the kitchen by their wives.”

If you are really desperate and want to impress your wife, go to a favourite restaurant with a dish you love and ask the chef to show you how to make that dish – “bang ’em £100 if you must” because learning from a person in real life (“skin on skin” contact), standing next to that chef, making the dish a number of times, well Jamie says “there’s no substitute.” (note to self – must try this!)

On breaking rules (in the kitchen):

“You can break rules if you do it with enough conviction.”

A very fun afternoon; entertaining, thought-provoking and full of hope. Jamie truly believes we can act now to change the future for our children and, as he says in this interview: “If my buddies in Canada say we’ve got a theatre sold out of people who want to ask you questions, well, I’m coming, I’m turning up.” He seemed thrilled that so many of us are on the same page as he is – i.e. getting back to basics and eating real food.

In Jamie’s words: “My book, Jamie’s Ministry of Food and the TV show are basically about inspiring people to get back into their kitchens and make simple, delicious food from scratch again.

The fantastic thing about teaching people how to cook was that they made me realise how different this book had to be from my previous ones. That’s why there are loads of photographs and really clear instructions to help show you exactly how to do everything. I’ve also included recipes that people who don’t or can’t cook told me would inspire them to give it a go. The catch with this book is that once you’ve mastered a recipe I want you teach it to two more people and then ask them to teach it to someone else. In other words… PASS IT ON”

You can read more about Jamie’s Ministry of Food project here. And check out the book (that we received with the price of our ticket) here (US) or here (Canada).

16 thoughts on “Jamie Oliver in Toronto”