The internet is a weird and wonderful place, and a small world indeed.

A couple of days before I found out I was a finalist for Best New Blog, I was contacted by a reader, Sean, who had found my blog via an “advanced Google search” looking for travel related blogs. He proposed a piece on Panama, where – that’s right – Neil and I were last Christmas!!! Sean is a 63 year old Panama Property & Investment consultant living in David, Panama. He has visited over 45 different countries and enjoys traveling very much.

Sean writes about Boquete, where Neil and I had been so I thought it might be fun to intersperse Sean’s post with my own commentary and pictures. Sean’s text is in regular font, mine is in italics. Bear in mind the photos were taken before I was blogging…

Sean says: After years of teaching at the local University this summer I finally decide it was time to hang up my hat and live the retired life. My wife wasn’t fond at first but she’s beginning to warm up to me constantly being in the house and getting in her way. As a retirement present the faculty decided to send my wife and I to a quaint Panama property in the city of Boquete. Neither of us having ever traveled to Panama my wife and I were both very happy for this surprise excursion. An astonishingly quick flight and short bus ride later were were in Boquete and let me tell you the landscape is astonishing. The central attraction of Boquete has to be the Baru Volcano which is surrounded by lush greenery. Although we are in our mid 60s my wife and I were inclined to take a zip-line canopy tour and the experience of whizzing over lush mountain tops was an exhilarating experience to say the least.

Mardi says: I do not like zip-lining and I will never again attempt it unless there is something like a million dollars at stake. I think the pictures say it all. I mean, I thought I wanted to go zip-lining: 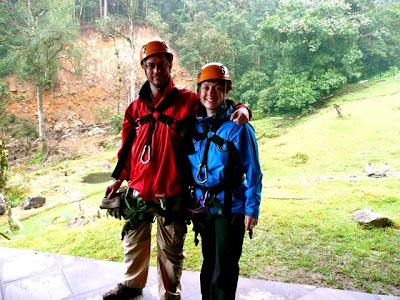 And there was was Neil, having a whale of a time: 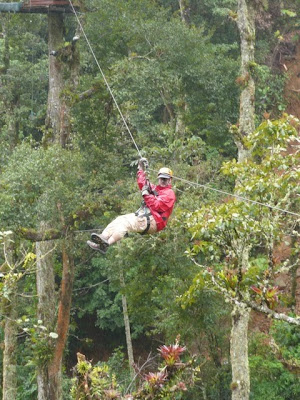 But it was really really high up there, and raining so the zip lines were very slippery and FAST. As you can tell, it was NOT for me (yes, that’s a very young Panamanian guide who stepped in to take me across the few lines I managed). I stopped at Platform 6 of 12 and walked the 2km back to the base station in the rain. 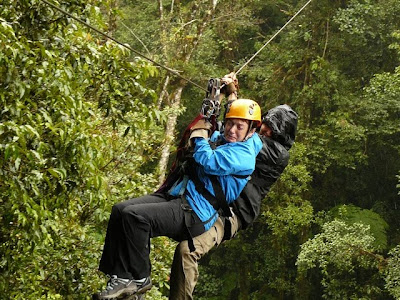 But I got my certificate of “completion” anyway (and looked much happier to be on solid ground!): 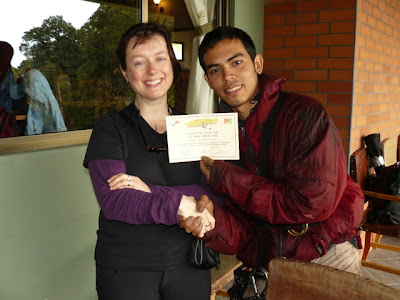 Neil really did complete the course: 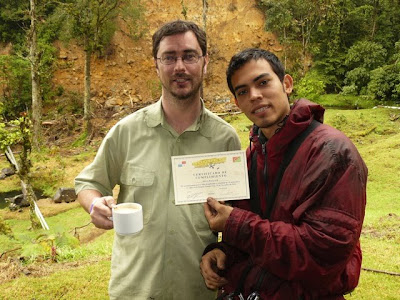 Sean says: We explored the city the second day, eating at the Panamonte Hotel, mouth watering dishes and a view to die for, life really just doesn’t get any better than this.

Mardi says: Even though I was not blogging at the time, I still took pictures of my food, like I talked about in this post. We also dined at the Panamonte (the chef is Joan Collins’ son!!!) and here’s what we ate: 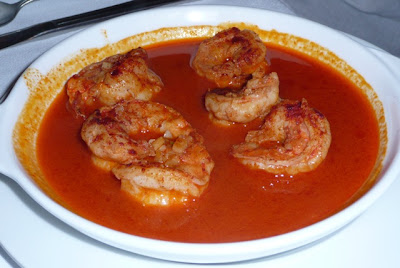 Some kind of shrimp baked in sauce. 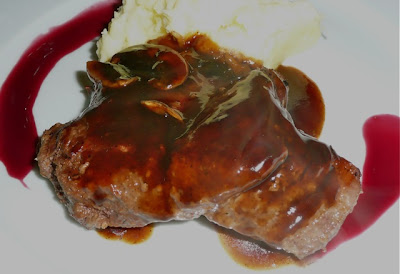 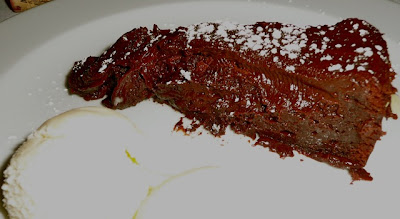 This was actually called “chocolate indulgence”. 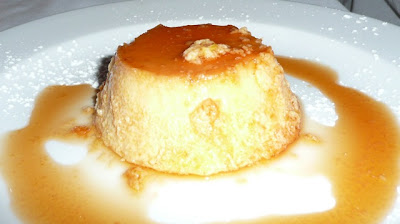 And not quite a crème brûlée but a close second – crème caramel.

Sean says: The third day of our stay was a little more to our level with a short horseback ride in the morning followed by early evening birdwatching.

Mardi says: After the “excitement” of the zip-lining, Neil was up for even more and he went horse riding. Me? I visited the lovely Café Ruiz: 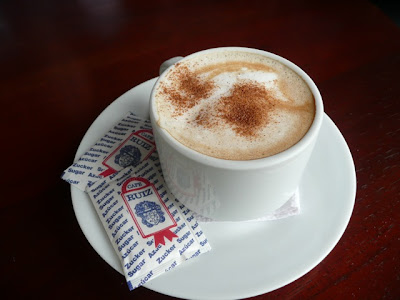 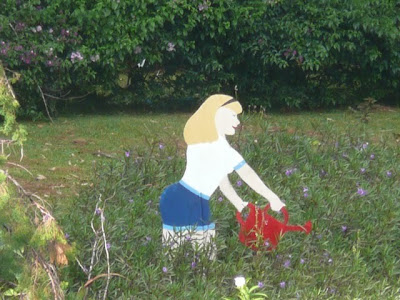 Sean says: We were fortunate to stay in a hotel that was situated up on the mountain overlooking the city, which thinking about it now is more like a village than a city, nonetheless our lodging provided breathtaking views with nature just at our fingertips. I’m really grateful for having such great colleagues who sent me to Boquete, it’s an experience of a lifetime, and now the wife is trying to convince me to move here permanently, an idea I just might have to take her up on.

Mardi says: We stayed in a much less posh hotel where there was a “disco”: 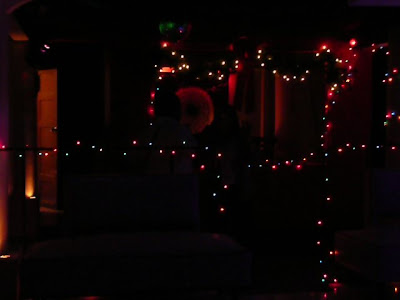 So that was a fun little whirl down memory lane – thanks Sean!