Here’s the belly, rinsed and patted dry from the fridge.

(Sorry, I could not take picture of the process as my hands were a bit gucky!) 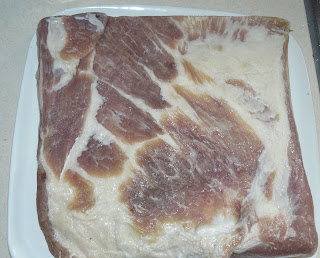 Truth be told, I think it may have needed a few more days curing – but as I’m flying Thursday, do not have the time to do later in the week. Otherwise, I probably would have waited until next Saturday…

Here are the wood chips, soaking from this morning. I’ve used apple wood. 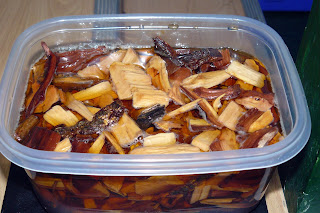 So this new cast iron “smoke box” sounded like a good idea – but I knew it would be a pale comparison to a real smoker. 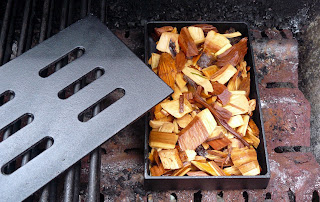 As you can see, I put the chips in, down right on the burner. Only the right burner is turned on – LOW.

Bacon then is on the left side, up top.

The idea was that the heat would never be more than 200 F, and the chips would smoke out, infusing the bacon. 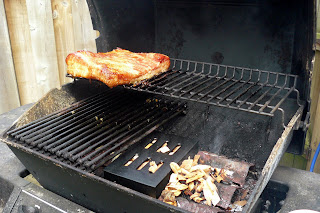 So the little box did not work AT ALL.

The barbie was too hot – close to 300C, even with only one burner, and that on the lowest it would go.

So first, I carefully adjusted the propane nozzle, so as to cut back as much as I could (without the risk of losing flame in odd wind).

That seemed to help reduce the temperature – but after over an hour still no smoke. I could vaguely SMELL the wood chips…but that’s about it.

So after a couple hours, I gave up and pushed the fancy box aside, and simply poured a pile of the soaked chips directly onto the burner and flame. 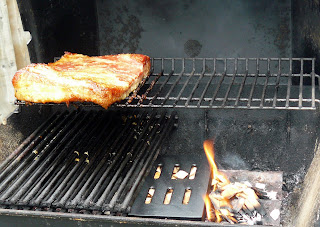