Ok so when we were out and about in Sydney the other day, this sign caught my eye (as those of you who know me would imagine it might…) 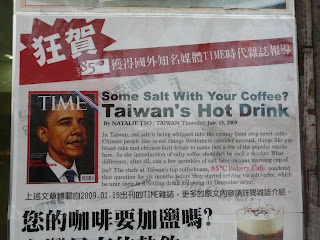 So I am there reading the sign in my jetlagged state wondering what on earth Obama has to do with this “salted coffee” craze. Well, nothing, in fact – he just happened to be on the cover of the Time magazine in which this article appeared. Shameless use of the President’s image, I say, shameless. Actually, a bit like this sign we saw in New York City last November, mere days after Obama’s election: 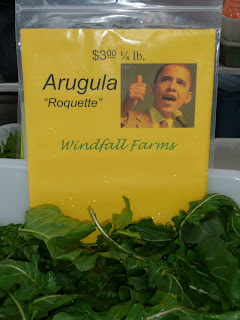 Still, it made me look!

On closer inspection there’s a whole explanation of how the salt is whipped into the creamy foam and added to the coffee (click to enlarge) or check out the original article from Time here: 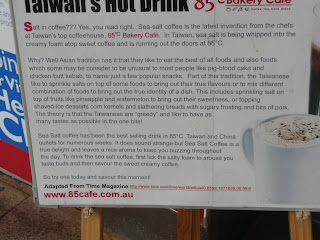 Hmmm… not so sure about this, though I guess if the salty taste works with chocolate, it might work with coffee… We didn’t try it out. Next time, maybe…