Ever thought about what/ who shaped the type of cook or eater that you are today? Are your food habits largely influenced by your upbringing/ family or more by the environment in which you grew up? How does cuisine evolve with the movement of people around the planet and given the ease of knowledge transfer these days?  If you’re interested in questions like this, a new TVO series, The Food Chain should definitely be on your viewing radar. 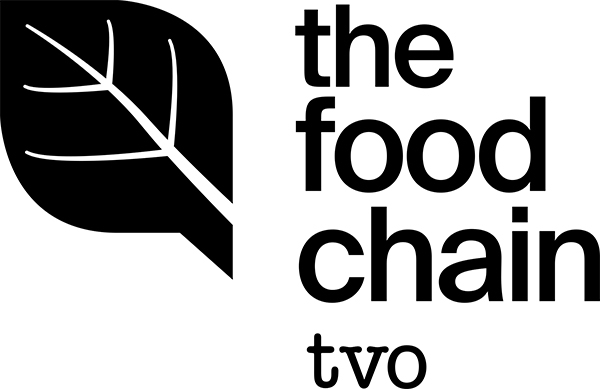 The Food Chain is a multi-platform series of documentaries and current affairs which sets out to examine what we are eating, where it come from and how it appears on our plate within political, social and economical contexts. The first show in the series is a 10-part show called Girl Eat World, hosted by Kamini Pather (winner of MasterChef South Africa Season 2) and it premieres tonight, October 26th 2015 at 9pm.  This 10-part travelogue will also be available for streaming at tvo.org/thefoodchain.

Kamini’s mission is “to discover how food is changing the way people think about themselves and their city” and she sets out to learn about the history, culture and ethnic diversity of cities all over the world through their food. In order to get the “inside scoop”, Kamini turns to local food bloggers and together they visit off-the-beaten-track places, markets, trendy restaurants and up-and-coming eateries in an effort to uncover the current food scene in each city and reflect on the culinary history there.

Of all the episodes, I was the most keen to watch the Sydney episode (airs Monday, November 2nd at 9pm) obviously since I grew up in Australia. My food memories from my childhood are of eating interesting, varied cuisines, which were available thanks to Australia’s large population of immigrants from all over the world. Perhaps I was lucky that my mum was an adventurous cook (and that we travelled a fair bit when I was little so we were more familiar with foreign food than many) because I know that Australian food didn’t really have much of a place on the international culinary stage until relatively recently. 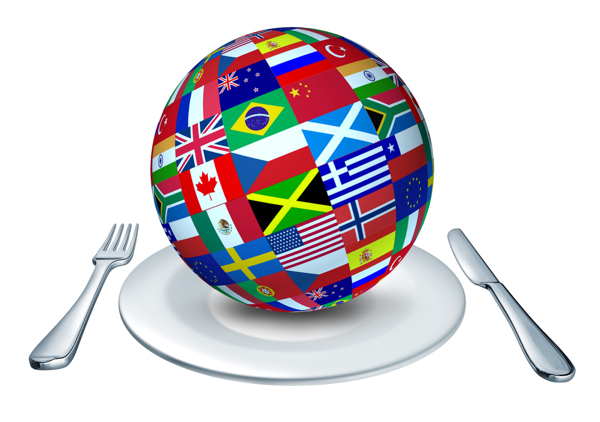 (image via of Shutterstock)

However, although the range of food available in Australia when I was growing up was what I considered fairly diverse, many Australians (including my grandparents), didn’t really venture much further than “meat and three veg” (lamb chops, peas, carrots and potatoes) and although I knew this, I have to admit being a little shocked (and sad!) to hear on Girl Eat World that “for much of its history Australian cuisine has been described as the most boring cuisine in the world.”  Wow, really? I’d actually never heard that before now.  Just goes to show you that you can grow up in a country completely unaware of how it’s perceived from the outside!

Watching a few of the Girl Eat World episodes really got me thinking about how the way I ate and cooked when I was growing up has shaped the cook (and eater!) I am today and it especially made me think about my grandparents. Like many Australians, I have grandparents who lived through World War II. One side of my family was part of the huge influx of immigrants who moved to Australia after the war, hoping for a better lifestyle. Those immigrants (and the people who continue to move to Australia today) played a huge part in shaping the way the country eats today although it seems it took a while for the food to truly reflect that diversity (at least to the rest of the world).

My grandparents, the “meat and three veg” generation, were careful with food and spending; they made every penny count and never ever threw away even the tiniest scraps of leftovers.   My Nanas had three and four children to feed respectively, so they had to be resourceful and creative with the food they cooked – and even when their children left home, they continued to practice the the “no food wasted” theory.  Neither of my Nanas was what you would consider an adventurous cook (in contrast to my own mum) but they both managed to feed their large families and extended families a hot meal every day – with bread and butter (ok, so it was sliced white bread but that was what was available and affordable) and a dessert (even if it was just canned fruit with a bit of ice cream).  What stands out in my mind is that even for the simplest meal at their house, we would sit at the table. Meal time was exactly that. No multi-tasking, no devices, not even any TV watching while we ate.  Meal times were a time to be thankful and people in my grandparents’ generation obviously never forgot the hard times they lived through when the meal on the table might not have been as plentiful.

My grandparents were also people who knew how to shop – I remember spending summers spent at one of my Nana’s house where my sister and I spent hours poring through various store flyers and noting down the week’s bargains. Later we would head out to shop with Nana and we would never just visit one big supermarket. We’d go to the butcher for meat, the bakery for bread, the fruit and veg store for produce etc…  All while taking advantage of the bargains we’d noted down. Nana taught us how to shop. Later on in my life, when I lived away from home Nana’s lessons would come back to prove useful as I would look around and compare prices before I bought, something I don’t imagine comes naturally to a lot of young people these days who are used to “one-stop” shopping in a large supermarket. 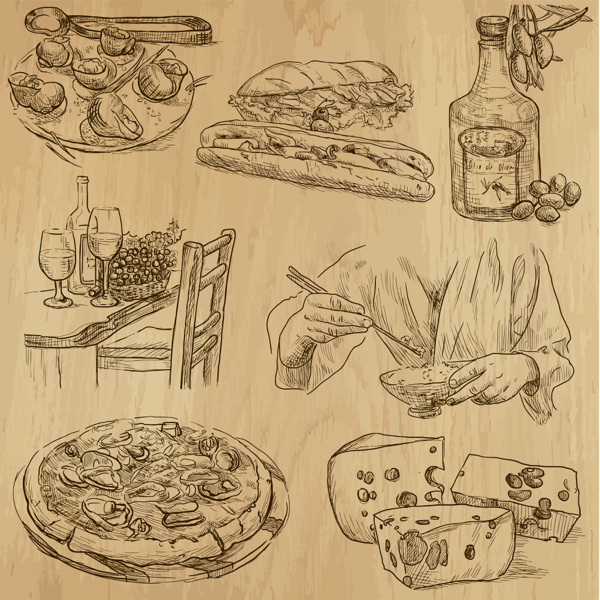 All this really got me thinking that actually, the “way it used to be” – cooking from scratch, not wasting any food and shopping wisely at a diverse range of stores – is a movement that is gaining popularity once again. People are calling for Home Ec to be brought back into schools so kids can be taught how to budget, shop and cook (from scratch) smartly. How interesting that some of the very things (“boring food” thanks to that generation of post-war cooks) that probably contributed to Australia not really being able to play on the international culinary field until relatively recently  are the things that many are calling for in order for the next generation to live more healthful lives. Everything old is new again.

I do think that, though there was definitely a period where Australia’s food was mostly influenced by Mother England, over the past 20 years, Australian cuisine has evolved and shaped itself according to the shifting cultural and culinary landscape.  It’s so interesting to reflect on my own experience because I would never really have considered my own culinary upbringing “boring” but all around me as I grew up there was a whole generation cooking “boring food” simply because it’s the only thing they knew or that was affordable or accessible. But even though they were not the most innovative or interesting meals, we have to consider the lessons to be learned from that generation. Certainly, more people (myself included) could stand to waste less food and shop more wisely. And we could all certainly benefit from cooking more from scratch. If we can embrace those valuable lessons from the past and incorporate them into the way we cook and eat today, when there is such a bigger variety of ingredients available (precisely thanks to the influence of different cultures), we’d be well on our way to eating in a more interesting and definitely more healthful manner.

What was your experience growing up? Who or what do you think shaped the way you cook and eat today? 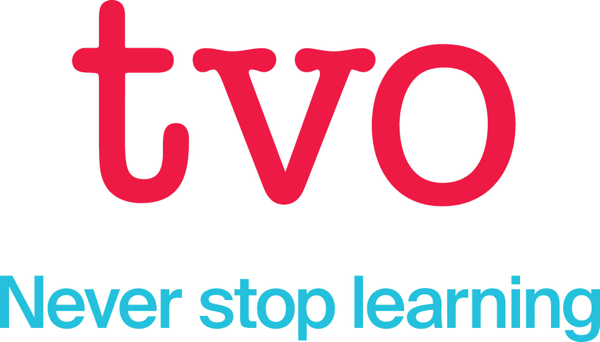 TVO’s The Food Chain airs Mondays at 9pm from October 26th to November 23rd and will also be available for streaming at tvo.org/thefoodchain.

Disclosure: I received compensation in exchange for promoting TVO’s The Food Chain however, as always, all opinions are my own.

3 thoughts on “Reflecting on my culinary upbringing with TVO’s The Food Chain: Girl Eat World” 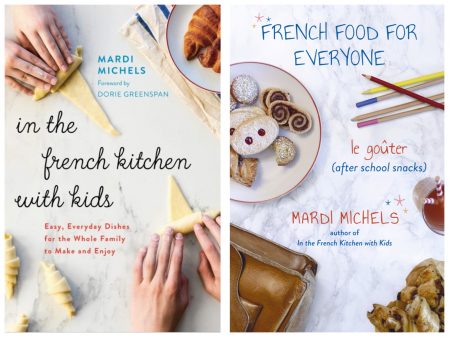