Ever since I saw La Fuji Mama’s slow cooker Kalua pig recipe, I have been dying to try it. I commented on her original post, wondering what I could substitute for the “liquid smoke” since I had never heard of it. Rachael emailed me back (she is truly one of the sweetest bloggers and will often email me directly instead of just commenting back on the post) and suggested chipotle or some other kind of chili powder combined with some liquid might be ok but that really the liquid smoke was incomparable. 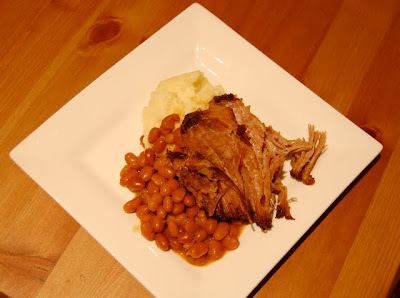 I figured I would just use some of our (many) spice powders and that it would be a different tasting pulled pork. I was mainly interested in actually being able to make pulled pork myself, especially in the slow cooker and planned to add “liquid smoke” to my shopping list for the next time I was in the States.

To my great surprise, when we returned from France, look what was waiting for me in my pile of mail: 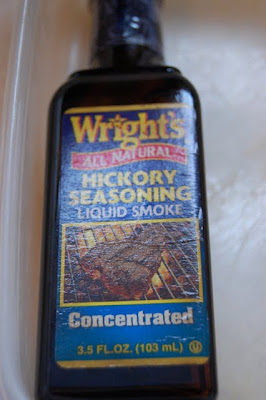 OK then! As Rachael says in her original post, it really is the easiest thing in the world. You simply place your pork shoulder in the slow cooker and rub it over with sea salt. I used some Hawai’ian pink salt and some: 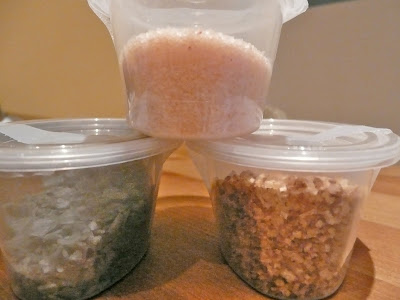 (on the left, kindly sent all the way from Michigan by our good friends Cathy and Steve) 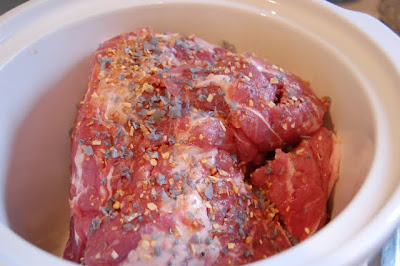 Then a few drops of said liquid smoke: 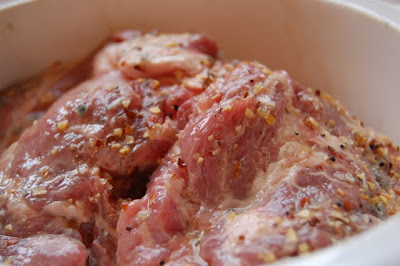 And then you leave it for 16-20 hours on low, depending on your slow cooker and the amount of meat. The meat will pull apart when it’s done so just keep an eye on it after the 16 hour mark. Ours could have perhaps had another hour or so – some parts were quite pink. Kitchen confession here – I zapped some of the pinker parts in the microwave for a couple of minutes (meat, especially pork and chicken) that is too pink freaks me out a bit) and it totally did the trick. The meat also stayed incredibly moist, despite the zapping.

Your house will smell AMAZING! 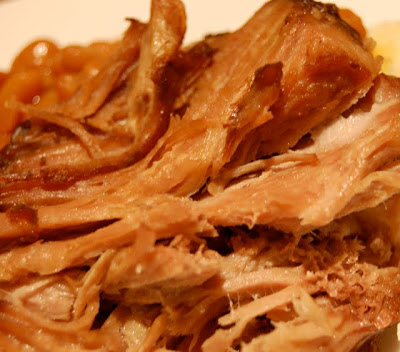 I served it with mashed potato and baked beans (gosh it’s been a while since I ate those – note to self: make own baked beans sometime SOON!) and it was extremely more-ish. 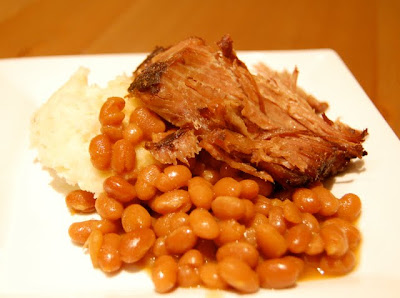 As we ate, we discussed ways in which we could use the meat (sandwiches, fajitas, pizza, tacos etc..) and both agreed that it would make a great dish for a party since it’s so low maintenance and such a crowd pleaser.

Thanks Rachael for the recipe and special thanks for getting the “liquid smoke” through customs!