So for this month’s Mactweets macaron challenge, the mission was to try something new. How about just vying for macarons that actually turn out like they’re supposed to? I find it’s always best to aim low, then you can’t be too disappointed when you fail (you know, like last time..)!

For this reason, my only aim on the weekend was macs with feet and smooth tops. I didn’t even plan a filling, such was my fear that I would fail in my mission (yet again). I will admit that I was so superstitious that I didn’t even take step-by-step pictures this time. Neil, who was in the living room writing a blog post for me (oh yeah, gotta keep him working!) came in and caught me piping them at which point I was still pretty nervous… 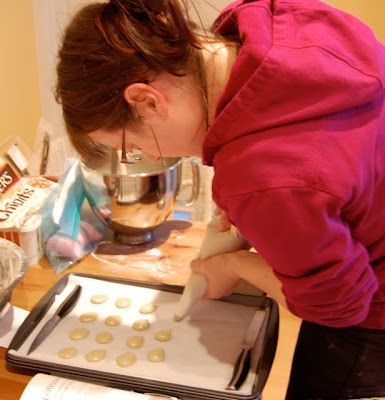 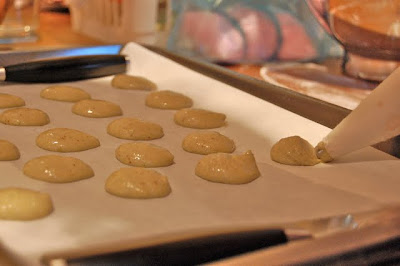 Quite excited to look in the oven half-way through, just as I was about to turn the tray and see this… 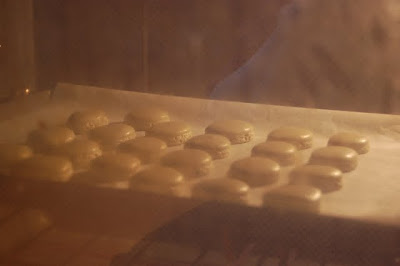 And you know, what had I done differently from last time? Well, apart from following Chef François’ instructions to a T, I had a small glass of wine… 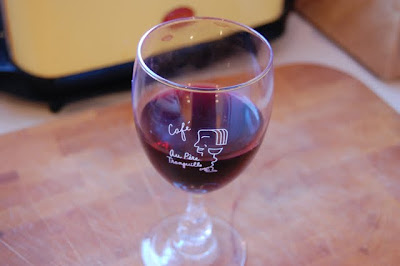 Clearly this is the answer to making your macs work because look what I retrieved after 12 minutes in the oven: 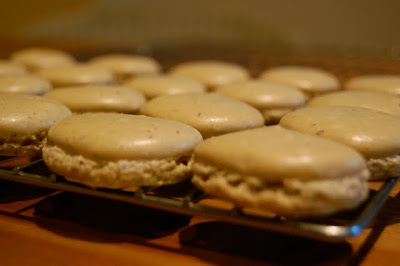 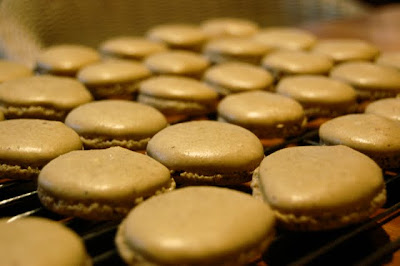 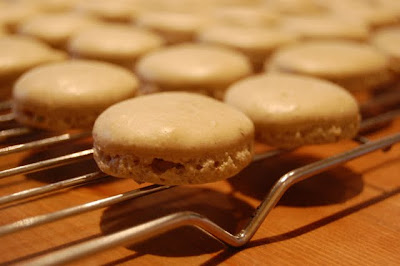 At this point, I was ecstatic that I managed to make these work and was a bit sad I didn’t have all the ingredients for a proper ganache or marzipan-based filling. The raspberry preserves I happened to have on hand worked well though – both in terms of flavour and colour: 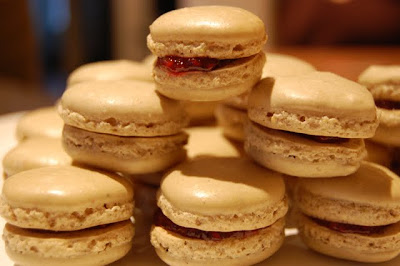 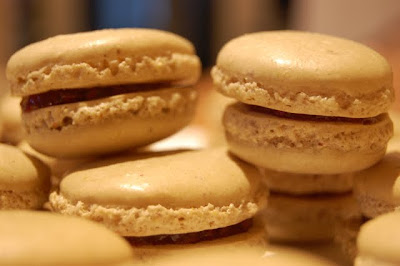 And no, they weren’t all perfect – far from it. But a darned sight better than any of my last attempts! 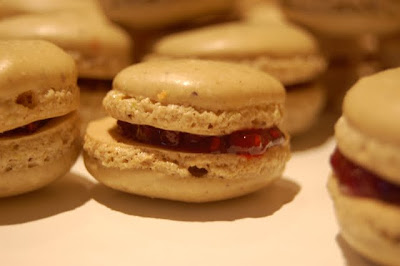 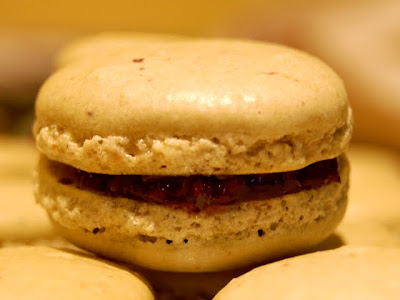 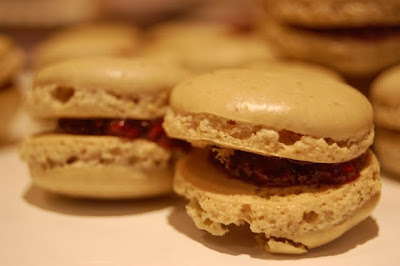 Some of them rested on a tray whilst they waited for the first tray to cook and these ones tended to be a little air-filled and too crunchy.

Ignoring Chef François’ instructions to wait until the next day to eat them, Neil, Alicia and I dug in – you know, just to check they were ok: 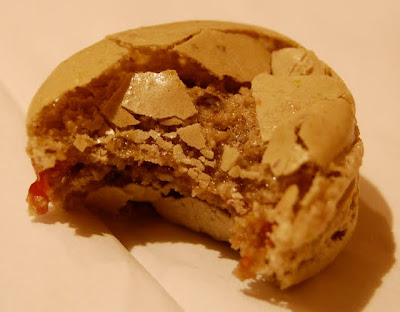 They were GOOD. Some could have used a minute or so less in the oven and I need to work on making sure they are evenly sized (and spaced), but they were impressive, if I do say so myself…

And the next day? Even better.

So what did I do differently this time?

* Egg whites separated four days earlier
* Egg whites at room temp for 36 hours
* Used a metal bowl only for all the mixing and beating
* Sifted the dry ingredients twice
* Used my new Kitchen Aid to whisk the whites (it’s so pretty!)
* Used food colouring (yellow and black) very sparingly – it made them the pretty green colour they are supposed to be without it looking too fake
* Piped them onto the tray and made sure the tip of the nozzle never left the tray until the end
* Used two trays so the mac bottoms didn’t burn
* Ran copious amounts of water under the parchment paper when they had come out of the oven to ensure easy removal from the tray.

So I would say that my workshop in Paris at Lenôtre was (ahem – quite a lot of) money well spent. Unless this was just beginner’s luck! Maybe for the next Mactweets challenge, I will aim a bit higher and do a different flavour and make my own filling. Maybe…