(ELTW is a finalist in the “Best New Blog” category at the Foodbuzz Food Blogger Awards. Click here to vote for me!)

This was Neil’s mission this particular Saturday night in Buffalo – introduce Mardi to the place where Buffalo wings originated – the Anchor Bar.

On a Friday night in 1964, Dominic Bellissimo was tending bar at the now famous Anchor Bar Restaurant in Buffalo, NY. Late that evening, a group of Dominic’s friends arrived at the bar with ravenous appetites. Dominic asked his mother, Teressa, to prepare something for his friends to eat. They looked like chicken wings, a part of the chicken that usually went into the stock pot for soup. Teressa had deep fried the wings and flavored them with a secret sauce. The wings were an instant hit and it didn’t take long for people to flock to the bar to experience this new taste sensation. From that evening on, Buffalo Wings became a regular part of the menu at the Anchor Bar. The phenomenon created in 1964 by Teressa Bellissimo has spread across the globe. Although many have tried to duplicate Buffalo Wings, the closely guarded secret recipe is what makes Frank & Teressa’s the proclaimed “Best Wings in the World.”

And here they are: 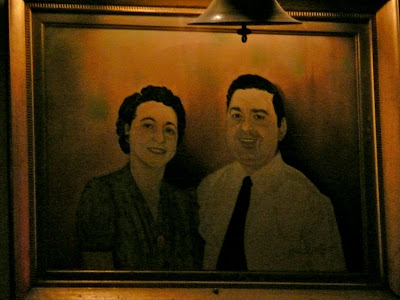 Theresa and Frank, of the Anchor Bar.

We took a cab and arrived to this: 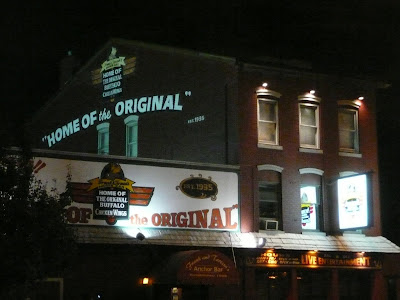 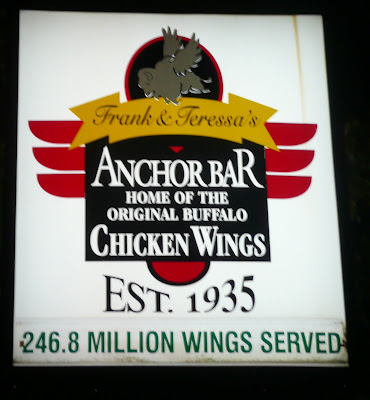 On entering the place, it was sheer madness – both in terms of the crowd and the décor: 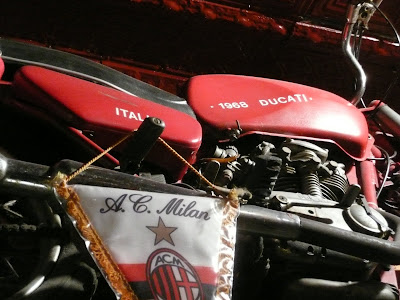 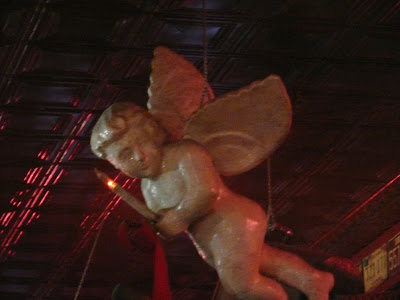 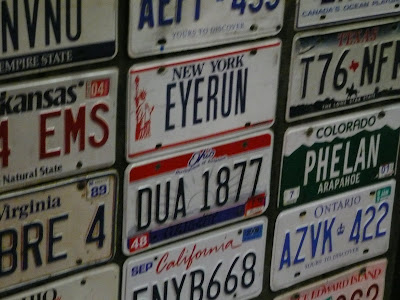 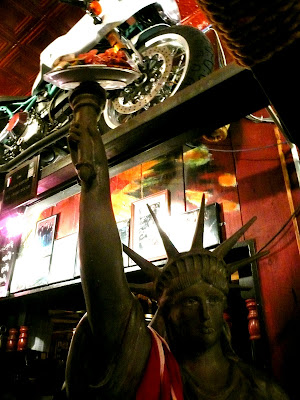 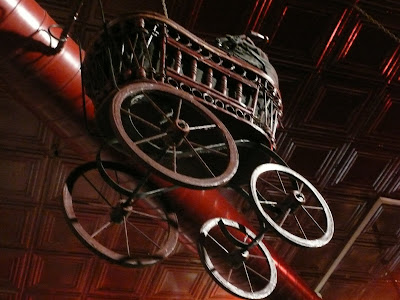 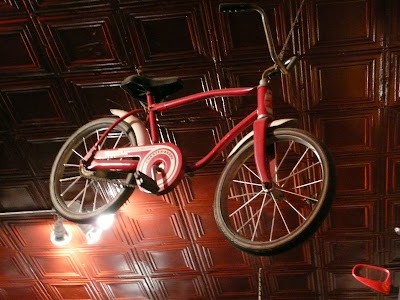 and of course, the ubiquitous buffalo head: 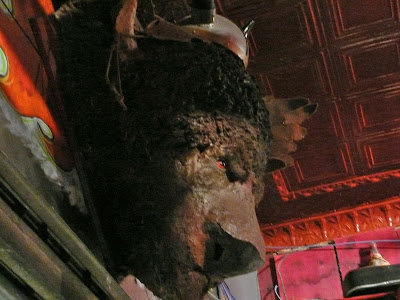 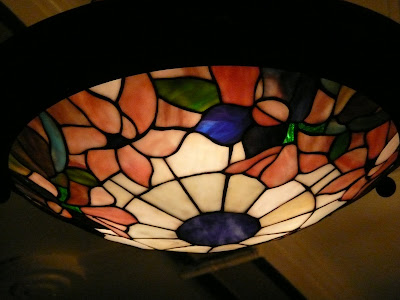 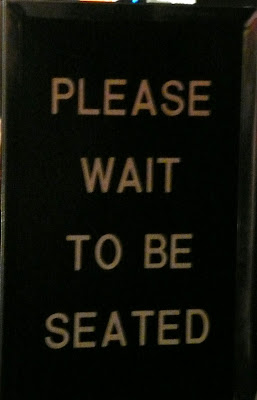 and were told that it would be a TWO HOUR wait! Since it was 8.45pm at that point, we were a bit upset. But we figured that was probably a bit of an overestimation so we soldiered on and had a couple of these: 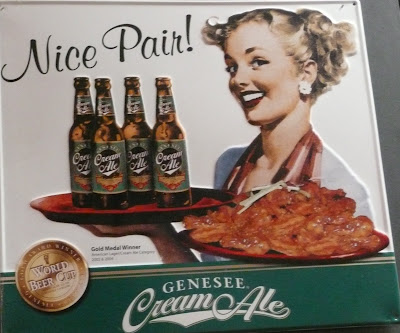 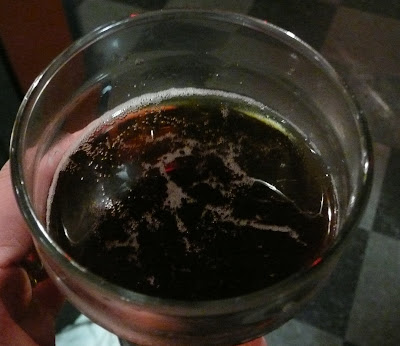 Finally (after only an hour and much amusing people watching – we felt very out of place since we seemed to be the only people not wearing baseball caps!!!) we were seated: 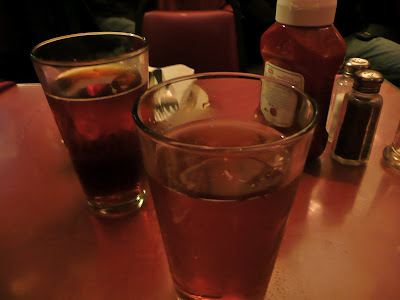 and out came the main event: 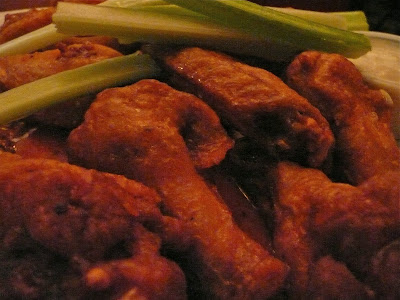 Ok, I will admit here that I am not much of a wing person but these were phenomenal. Big and juicy and meaty and flavourful, not just wildly hot for the sake of it. LOVED these. Didn’t so much love the coleslaw that we ordered and the fries were just so-so. Still, as it IS a wing place, I guess you can’t expect too much of the other menu items…

Around 11.30 we rolled out of there… Neil clearly had enjoyed his meal: 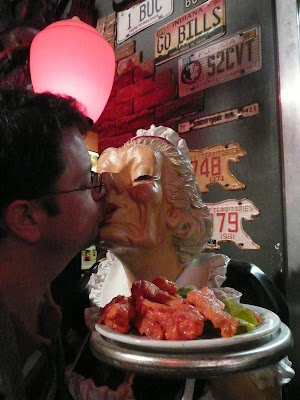 And I noticed that the great JB had graced the place with his presence: 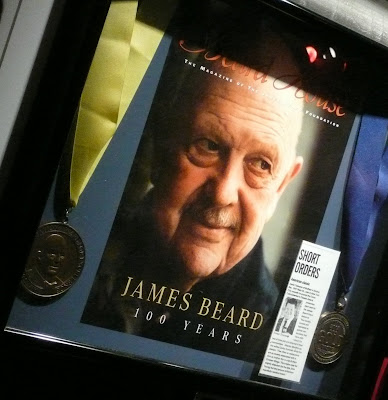 Intrigued, I googled this info and found out that: In April 2003, the Anchor Bar was given the “James Beard Foundation Award.” This is given to restaurants “that have timeless appeal, beloved for quality food that reflect the history and character of the community. It is for an American classic.”

For history and character, I give the Anchor Bar an A+. It most certainly is an American classic. The next wings I eat will have a lot to live up to!!