So those spoons from yesterday – where DO they come from???

Well after visiting the Plain of Jars, we headed out of the tourist zone to a small village where our local guide wanted to show us what the Lao people have done with all the scrap metal left from the bombs dropped on Laos during the Secret War of the late 1960s and early 70s.

As you can see in the pictures below, they have been quite creative in the way they have chosen to incorporate the metal into buildings: 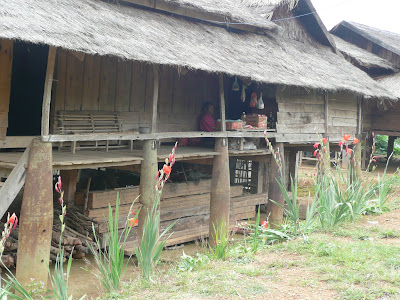 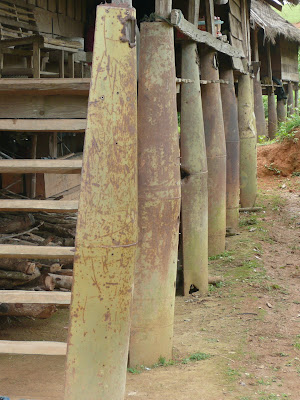 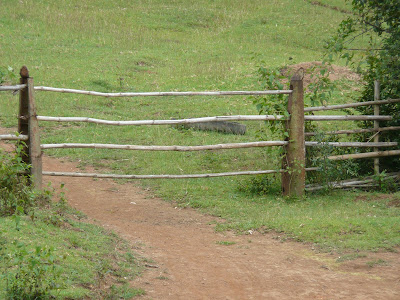 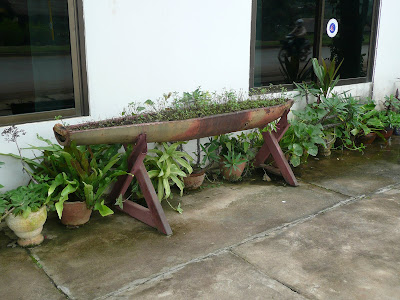 Our hotel in Phonsavan also had some of this “scrap metal” on display: 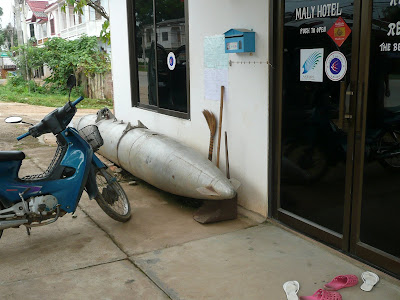 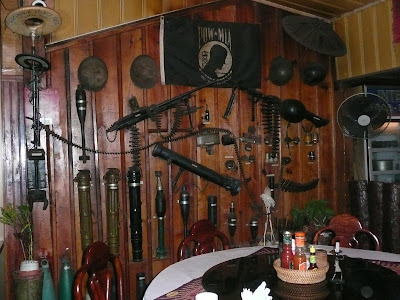 Many Lao people try to make a bit of extra money from collecting and selling this metal, unfortunately, often putting their own lives at risk as they detonate the UXOs to release the useable metal. Many people have lost limbs and even their lives whilst attempting this.

We happened upon a group of young men doing exactly that though in a fairly controlled manner. Clearly they had done it before. Here is their stash: 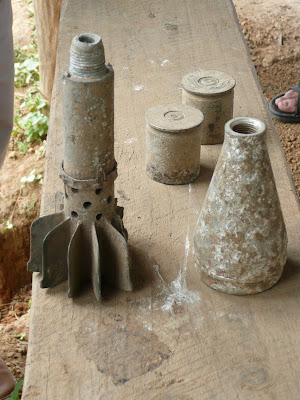 Errr, yes that piece on the left is now a “candle holder” at our house. I made Neil take that one through customs! 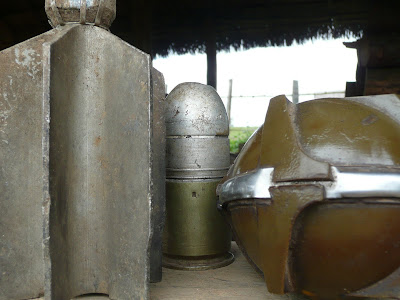 and our fearless friend: 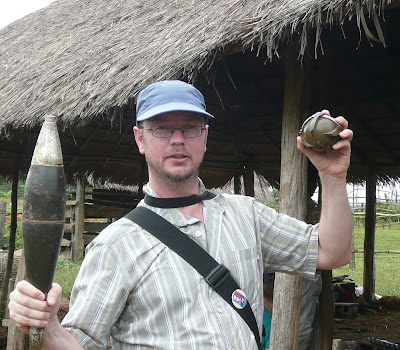 We watched as they detonated a couple of tiny explosives which they were obviously very well practiced at.

In that same village, we happened upon this lady: 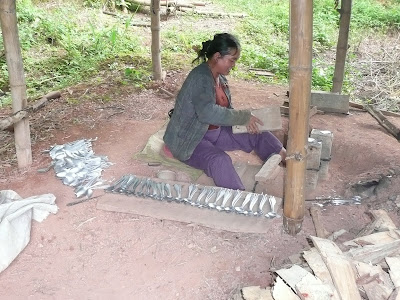 She was melting down the scrap metal to make the spoons! We had eaten with them in fact, earlier in the day and expressed interest in seeing them made so our guide sought out this lady so we could watch the process: 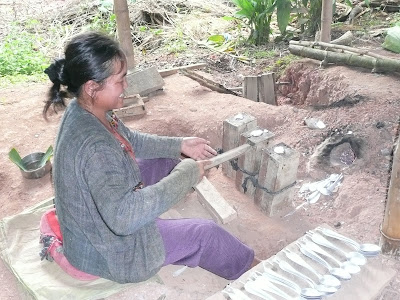 She throws the scrap metal into a kiln. 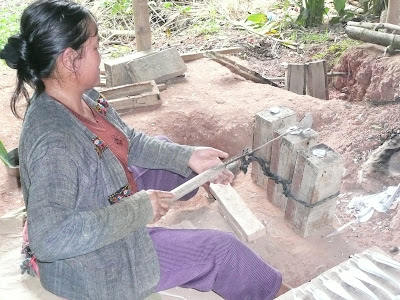 Carefully ladles the molten metal into a mold… 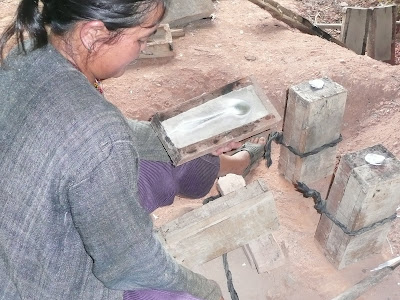 And a few minutes later, the spoons come out, all shiny… 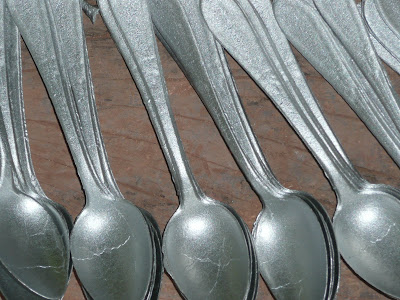 So yes, at something like 20 cents each, we had to buy 10 of them. For our Lao dinner party later this fall, you understand! Noodle soup for everyone!!!