When Neil read that the Plain of Jars remains one of the most dangerous archaeological sites in the world on Wikipedia, he was thrilled (this is the person who took a vacation in Iraq in the 1990s, you have to understand this..)

The Lonely Planet states that: The Plain of Jars is a large area extending around Phonsavan from the southwest to the northeast, where huge jars of unknown origin are scattered about in over a dozen groupings. Despite local myth, the jars have been fashioned from solid stone, most from a tertiary conglomerate known as molasse (akin to sandstone), and a few from granite. ‘Quarries’ (actually boulder fields) west of Muang Sui have been discovered containing half-finished jars. Apparently the jars were carved from solid boulders of varying sizes, which goes a long way to explain the many different sizes and shapes.

Many of the smaller jars have been taken away by various collectors, but there are still several hundred or so on the plain in the five major sites (out of the 20 or so known to exist) that are worth visiting Only Sites 1, 2 and 3 are considered to be reasonably free of UXO. Even at these sites you should take care to stay within the jar areas and stick to worn footpaths.

UXO are, of course, Unexploded Ordnances and are the result of the massive US bombing campaign during the secret war in the late 1960s and early 1970s. On a WorldNomads blog I found the following info: Laos is the most bombed country in the world. Between 1965 and 1973 the US dropped over 2m tonnes of bombs on Laos (that’s more than they dropped on Germany and Japan combined during the whole of WWII) in an effort to close down the Ho Chi Minh trail. The trail was actually a network of secret passages in Laos and Cambodia used to transport people and equipment from South into North Vietnam. 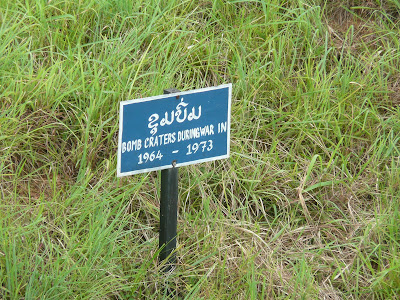 The bomb craters are all marked. 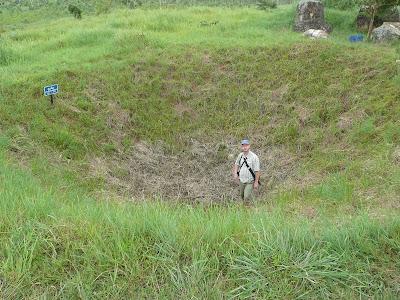 And they are HUGE!

Ok, now we’ve established that this is in fact, quite a dangerous place to visit (yay, says Neil!), onto the visit. The largest, most accessible area is Site 1 (15km southwest of Phonsavan), featuring 250 jars, most weighing 600kg to one tonne each which is where we visited first. 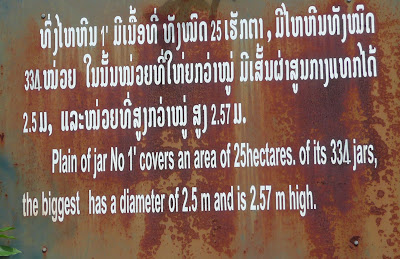 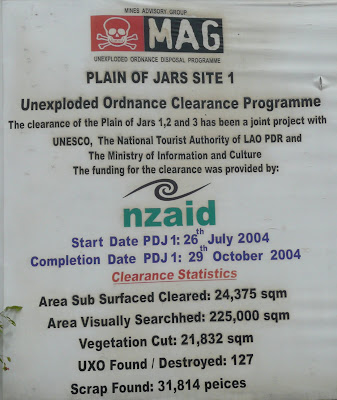 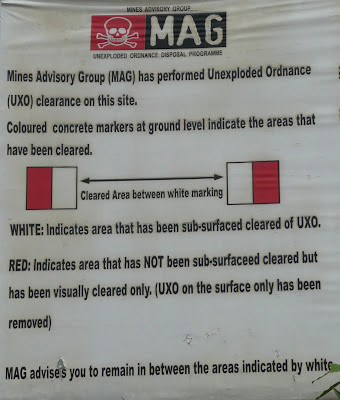 (yes, I took careful note of these signs!) 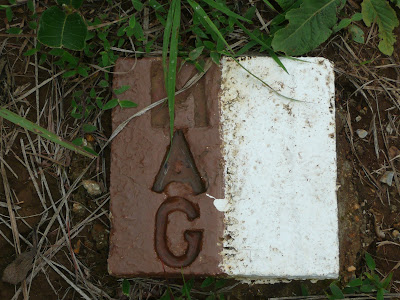 (and kept my eyes peeled for these!) 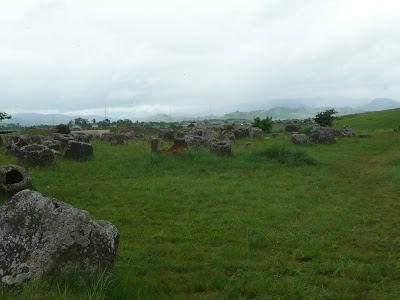 There they are, just hanging out… 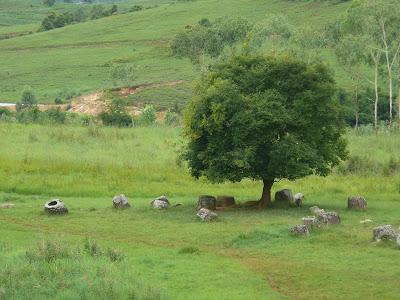 It does seem very random.

The largest jar weighs around six tonnes and is said to have been a victory cup of a mythical king: 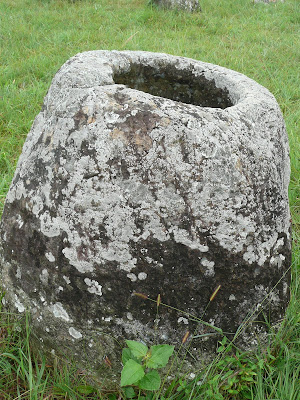 This is not the greatest picture since it gives no scale but it was mighty big!

OK, and about those UXOs… There were many warnings about them: 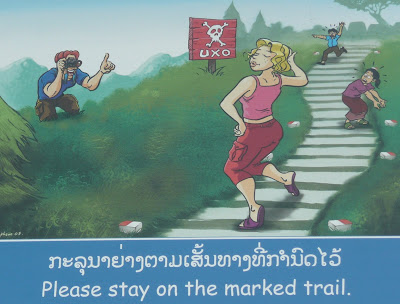 And quite a few of them around: 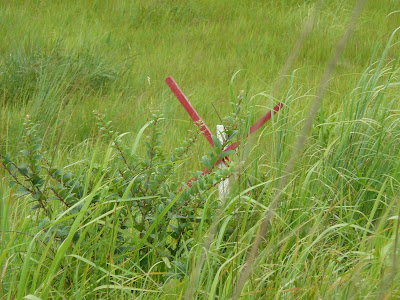 And of course, some of us couldn’t resist… 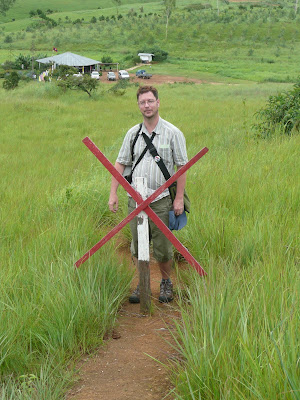 You can read more about the Plain of Jars here. And stay tuned for Sites 2 and 3 and a whole lotta scrap metal….