Not macaroons, the coconut flavoured North American imposter with a deceptively similar name. No, macarons. 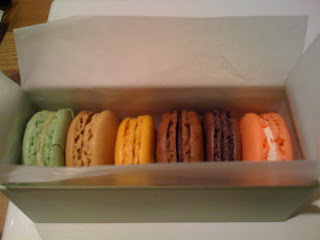 The ones above were actually brought back from Laudrée in Paris by a parent at my school who knows and understands about my macaron addiction. This same parent gave me a gift certificate and three sample macarons from Chabichou in Toronto which I m saving for a rainy day…. They sell cheese as well…. Mmmmm.

(Side note re: Laudrée – Neil and I will SO be going to Laudrée le bar this Christmas.)

In looking through my photos from the previous summers, I found A LOT of photos of macarons… Here are a few: 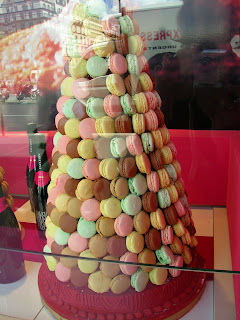 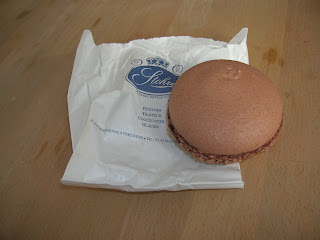 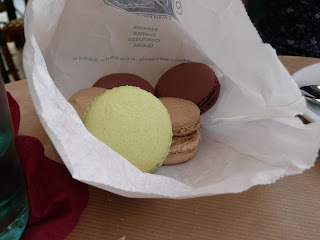 This past March, I attempted to make them. I knew it wouldn’t be easy – even David Lebovitz had trouble… With my friend Cathy, we just decided that we would go for it. And I think we got lucky: 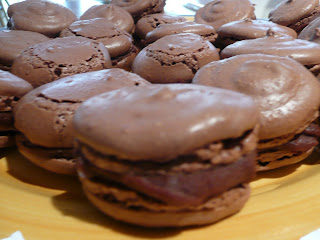 Certainly not perfect but a damn good first try…

A week later, I tried again: 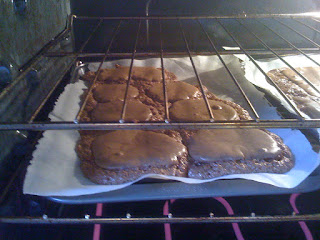 Most definitely a challenge I have set for myself this summer. Unfortunately looks like time won’t permit them to be attempted until August. Unless my mum would be willing to give up her kitchen for a few hours when I am in Sydney….