On this day 15 (!) years ago, I arrived in Paris.  I didn’t know anyone, I didn’t have a job, a place in the course I was supposed to be enrolled in or a place to stay.  That is possibly a story for another post but my point is – WOW – I have been away from Australia for FIFTEEN YEARS!!!!  When I left, I had no idea that I would be away for so long and I certainly did not imagine that I would end up in (Anglophone) Canada, but you know, life happens, as you probably remember from this post…

People often ask me if I miss Australia and the weather there, being as it is what Australians consider ridiculously cold for about 6 months of the year here in Toronto.  Actually, no.  Whilst I hate the winter here with a passion, I don’t particularly miss the weather. 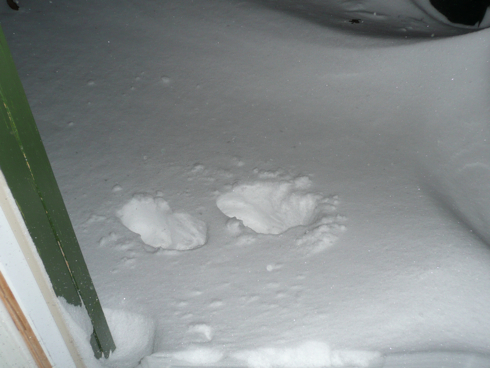 People often ask me if I miss the beaches. Umm… don’t take away my Australian citizenship but no, I don’t.  Neil and I are probably the only people who went to Cuba and did not see one beach in our two weeks there…

The two things I do miss are my mum and dad.  It sucks to be so far away from them, especially because my mum is one of the biggest reasons I am “into” food at all.  When I was growing up, my sister and I were spectators to many, many dinner parties (yep, in the 1970s though thankfully they did not involve copious amounts of gelatin) – you know the ones with the Alan Parsons project, Supertramp, Elton John and the Eagles constituting the soundtrack…  Sometimes we even got to come out of the bedroom where we were holed up dancing on someone’s bed and singing into a hairbrush (well that was me, my sister was probably doing something nerdy like her homework…) and serve some delicious claret which we would pour right up to the rim of the glass.  Mum would always spend the day in the kitchen cooking and preparing amazing food and we always got tastes while she was working.  The things I remember most were the desserts.  My mum has, shall we say, a huge sweet tooth and my sister and I have inherited this (Damn Tim Tams for coming in a pack of 11 that does not divide equally between three!).  She still bakes amazing desserts just for my dad and her – dad, do you REALISE how lucky you are??? – and recently sent me some pictures of her creations:

Aren’t they amazing?  Even more so knowing that my mum has only had a digital camera for less than a year and her first ever computer for 9 months.

In any case, any culinary skills I possess are certainly inherited from her (they definitely don’t come from dad’s side of the family…) and I wish now that I had paid more attention to cooking when I was younger as opposed to just eating!  When I was little, I always used to think “When I grow up, I want to be able to cook like my mum!” and I still say that!  Thanks mum xox (one day we will get you on Skype with a web cam so we can have video chats and cook together!!!)

Since I have been blogging my cooking skills have definitely been honed and I have started to have confidence to experiment with recipes myself.  One of my favourite dishes that my mum cooks is Red Roast Pork – remember when I jazzed it up and submitted it to the folks at POM, in the hopes of becoming the POM Blogger 2010?

Well I didn’t win (though I was in the Final 9) so I submitted it to Foodista’s Best of Food Blogs Cookbook contest.  If you would like to see it featured, click here and rate it 5 stars!

Since I was submitting something “old”, I figured I would submit a new favourite also, my tartiflette brûlée. 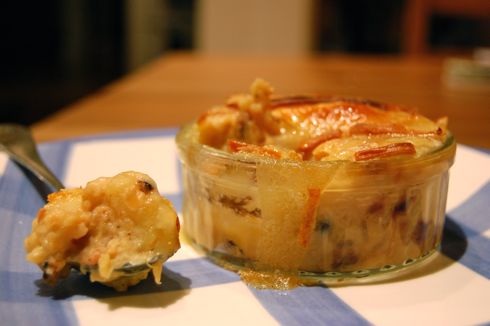 This was an Editors’ Pick on Food 52 but again, didn’t win.  If you like the look of this and would like to see it in the Foodista Cookbook, click here to vote.  I truly appreciate any votes!  go on – do it for my mum!

36 thoughts on “What do I miss about Australia?”

Leave a Reply to penny aka jeroxie Cancel reply