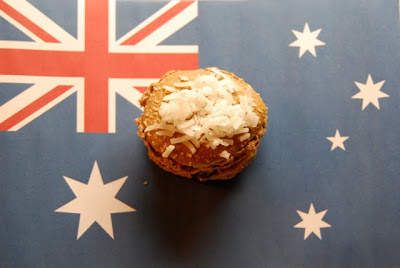 (Check yesterday’s post to find out what a lamington is and to see what I am bringing my colleagues in to work today.)

My idea was fairly simple. Chocolate macaron (following the recipe I received at my Macaron Masterclass in Paris) sandwiched with raspberry jam and vanilla frosting all sprinkled with coconut. All the flavours of a lamington, just a little more refined!

I had the customary glass of wine like I did last time – for good luck! 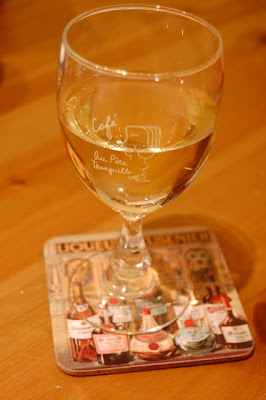 Going into the oven, I realised that I might have messed up the colouring ratios – they didn’t look quite dark enough. I do not have black colouring so was improvising – need to play with that next time. Why food colouring? Because cocoa will turn grey-ish when baked. 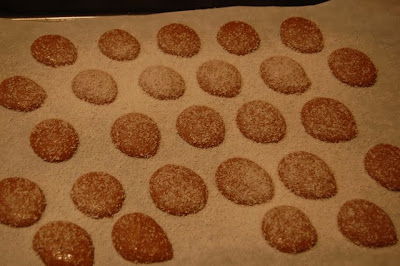 Coming out of the oven, there were some definite feet, but also some cracked tops: 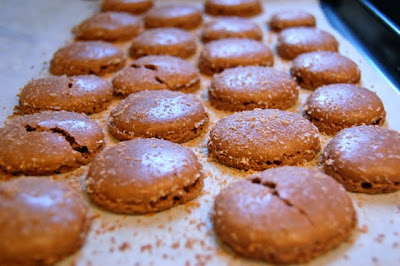 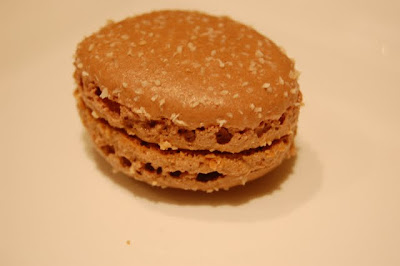 The second tray apparently didn’t like waiting for the first tray to bake and many more of those cracked. However, this macaron graveyard was not quite as bad as this one, a couple of tries ago! 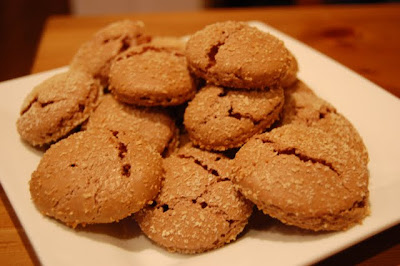 I mean, can you say TRIFLE? ETON MESS? I am sure I will find a use for those babies, no worries! I sandwiched them with vanilla frosting (icing sugar, butter and a drop of cream) and some raspberry jam… 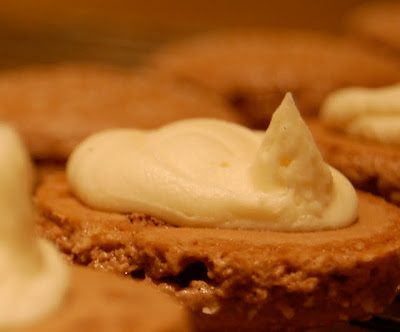 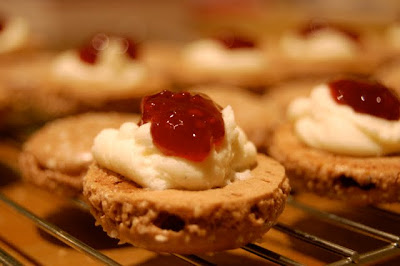 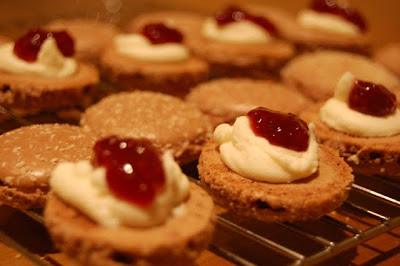 Sprinkled some coconut on top and voilà: The macington. Happy Australia Day! 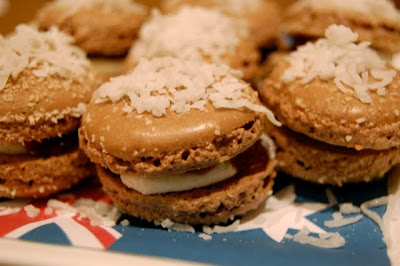 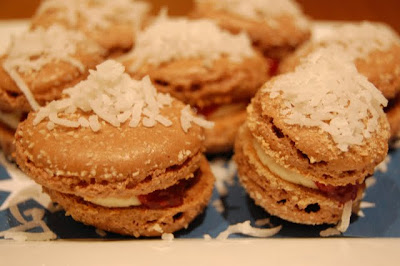 I liked the ones in the last photo because they look kind of tipsy. As one might on Australia Day, you know?

And if you really like the look of them, you could head on over to Peter’s site and vote for them (on the right sidebar).

38 thoughts on “To Australia, with love…”