This is the first in a 6-week series chronicling my adventures in the kitchen with my cooking club at school – Les Petits Chefs.

When I received the book C is for cooking for review, I knew immediately that I wanted to start an after-school cooking club for my students.

Remember when we Le Chef à l’école came and visit and what a huge success that was? My students love cooking and I think it’s such an important and useful skill for all children to learn.

The book itself is very visually appealing to both a child’s and an adult eye – when I was carrying it around at school, it generated a lot of interest from boys who just saw the cover – and definitely easy on the eye in terms of the way it’s organised. The font is large and pleasant to read and the recipe steps are clearly marked, including a special symbol for when it’s a “kid friendly” step (i.e. things to NOT do with the oven or stove top).

Additionally, there are chapters of information about things like what you can expect children of different ages to be able to do in the kitchen, nutritional notes, ideas for how to involve the whole family in meal preparation and kitchen safety and at the end, there are some ideas for how to make food visually appealing to kids (fun shapes etc…), different kinds of quick snacks and ideas for “together time” in the kitchen with your child.

What particularly attracted me to the book was the fact that it showcases healthy yet fairly sophisticated dishes (Chinese meatballs with sesame rice, anyone?) simplified to the point where many of them could be prepared in an hour (that’s all the time we have for a club!)

For our first week, I chose a Jamie Oliver recipe – Rice Salad –  as a nod to how much I enjoyed his talk in Toronto last November.

The original recipe can also be found on Chatelaine.com. We added the zest to the dressing instead and shook it up with the oil and lemon juice instead of sprinkling it over the salad so I changed the directions slightly. 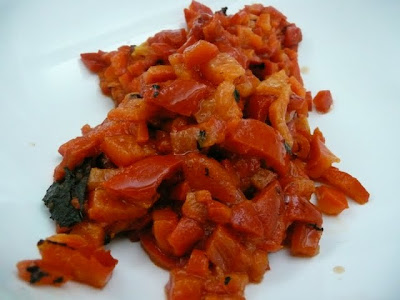 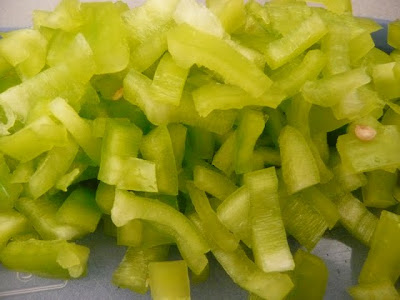 We finely chopped the herb leaves and add them to the bowl, together with the peppers and chilli. 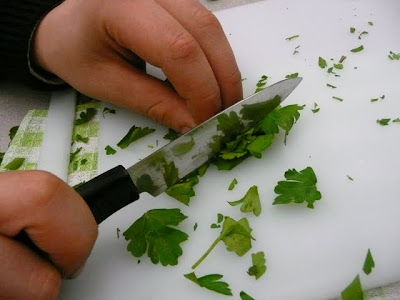 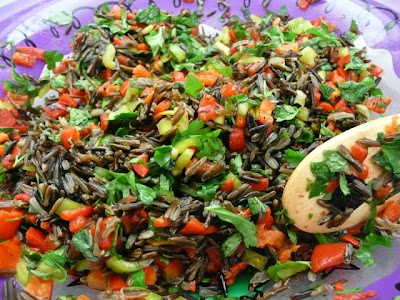 We zested and juiced the lemon. We mixed oil and salt and the juice and shook it up! 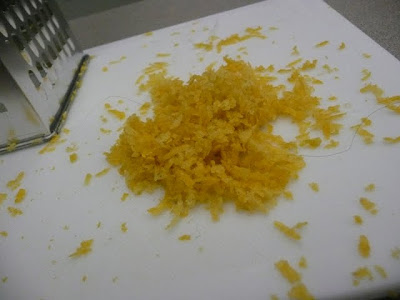 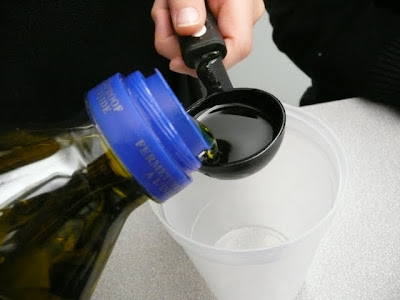 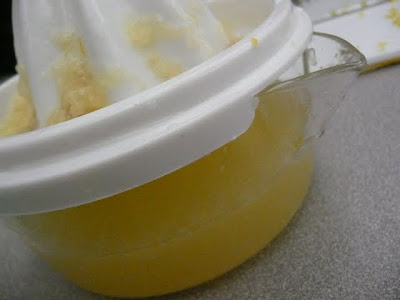 All ready to dress the salad! 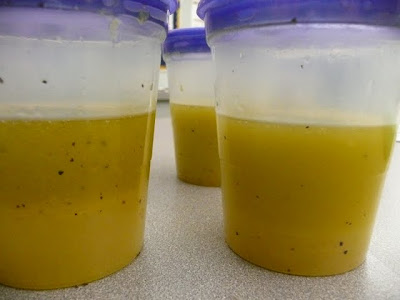 We mixed the remaining rice with the pepper/chilli mixture and poured over with dressing. 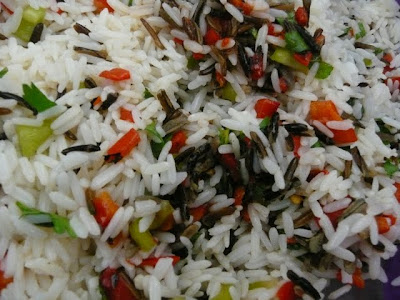 This was a super easy recipe to follow. The boys did a great job and I was impressed with both their food knowledge (we chatted about the different ingredients and passed some around like the herbs and the wild rice so they could smell them) and kitchen skills – they totally rocked the chopping!

Check back in next Thursday to see what my 15 little budding chefs get up to next week!