Our last day in Montreal dawned bright and sunny – enfin! We headed out of the hotel around 10.30 in the direction of the Atwater Market. Of course we needed some sustenance since we would most likely not be eating until much later on back home in Toronto.

I had searched out places to eat around the market and found this little gem: Quoi de n’oeuf. 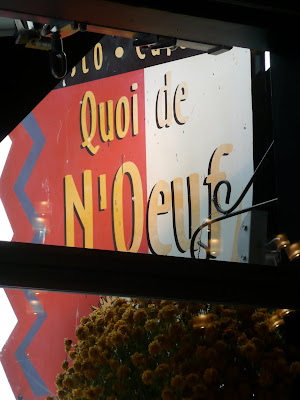 There was a small queue when we arrived and the place was packed from the time we arrived to the time we left. We only waited a couple of minutes though as the service is fast and friendly.

Coffee arrived immediately and was refilled often. We perused the menu – it offered so many choices. Neil finally decided upon the crêpes since it’s hard to get good ones in Toronto: 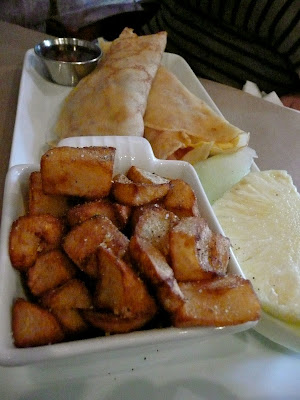 Light and thin, these were perfect brunch fare, served with crispy potatoes and some fruit.

I ordered the “Dame” – basically an omelette in a cast iron skillet: 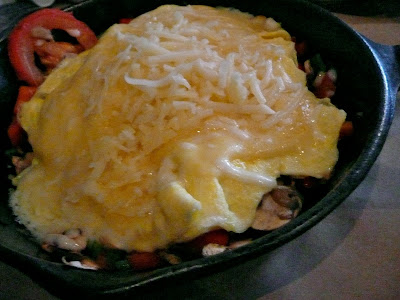 Yes, that’s hollandaise sauce on top – a bit weird, I thought when I read it but it really worked.

Lifting the egg revealed this: 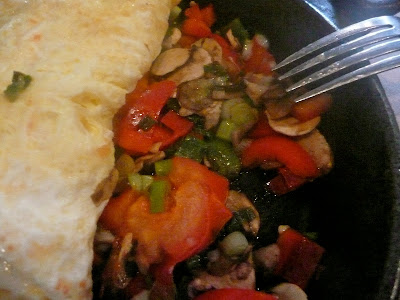 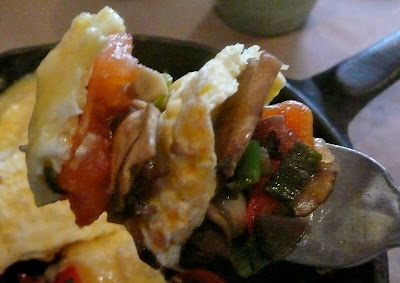 A pleasant, bustling little restaurant, I would totally recommend Quoi de n’oeuf to anyone as a pit stop before heading out to the market. Or before not eating for the entire rest of the day! Having said that, out serves were reasonably sized, though the fruit plate we saw a neighbouring table eating looked like the stuff of the gods, not just in selection but also proportion. Bon appétit!