So after Olive et Gourmando in the morning, we headed out in the rain to the Centre d’histoire de Montréal to see the Made in Montreal exhibit (a future post), hoping the rain would die down a little. It did not so we ended up going to see 2012 (ahem! I argue that whilst it was a bit of a crappy action film, it is still best to see films of this genre on the big screen…) and when we emerged, it was STILL raining so we headed back to the hotel for a bit before heading out to dinner.

We had reservations at Le Petit Moulinsart, a Belgian restaurant where we had eaten quite by chance about 7 years ago on my first visit to Montreal but which also coincided with my first encounter with strep throat which prevented me from really enjoying the food much… I am a big Belgian fan, having lived there for a year and visited numerous times when I was living in Paris and of course Neil is a huge fan of anything involving Belgian beer so we decided we would try this place again.

The website describes the place as “a Belgian restaurant with the decoration and environment inspired by the Belgian comic series (Tintin), The Petit Moulinsart, for 20 years, has offered a cordial and convivial reception. There you will discover a Belgian kitchen offering delicious dishes such as: their traditional and original mussels with belgian fries, excellent bavettes, waterzooï, Flemish carbonnade, endives gratinés, the whole accompanied by an astonishing chart of the wines and beers.”

Before dinner, we headed to their bar next door, Le Pharaon. Their website describes it as “unique by its comfortable and inviting atmosphere. A lounge which in addition to offering an ideal atmosphere to having a drink, presents on occasion, musical spectacles.For the accustomed, those who wish to develop a feeling of membership; it is possible to order your preferred bottle of wine that one will preserve in a small sarcophagus of your choice resembling various characters of the Belgian comic series of Tintin. This place is also used to celebrate special events such as happy hour, conferences, launching of book or other, birthdays, etc…

The lounge offers also a great diversity of Belgian beers, bottle as draft beer. On top of those, scotches, portos and cognacs, especially selected, can accompany a selection by cigars.”

Indeed, there were sarcophagi: 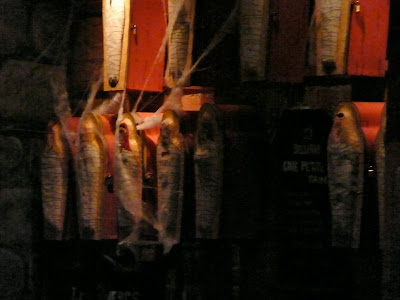 (I don’t think these had wine in them though…) 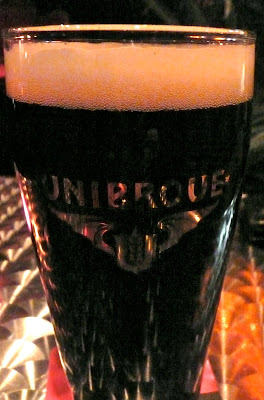 A Chambly Noire. Seemed fitting in the dark atmospheric bar.

I had the rather more jolly (though not in name!) Mort Subite Framboise: 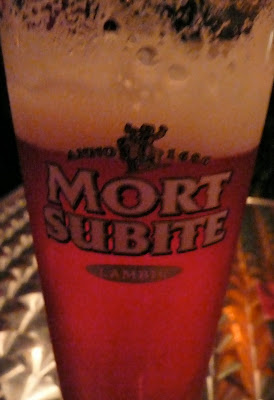 Thirsts quenched slightly, we headed next door to the restaurant. 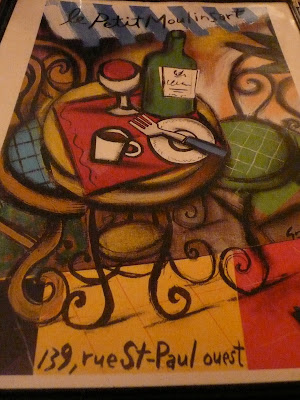 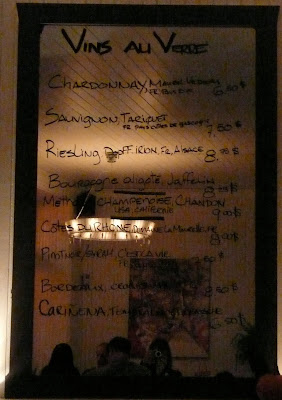 If you look closely you can see me taking that shot!

For starters, I ordered one of my all-time favourite Belgian dishes, Chicons au gratin. Basically it’s Belgian endives wrapped in ham and baked in a Béchamel sauce. So easy and so tasty. Unfortunately, this one came with waaaaaay too much sauce as you can see: 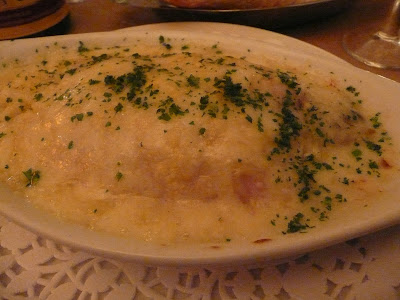 Once you cut through all the sauce, the basic elements of the dish were there: 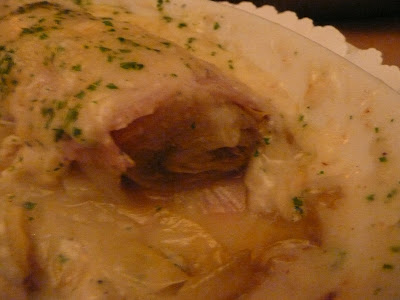 But again, waaaay too much sauce. And not quite cooked enough endives. 🙁 Look how much sauce I left: 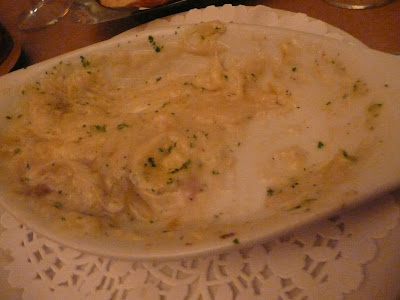 Neil fared better with his “Duo of duck”: 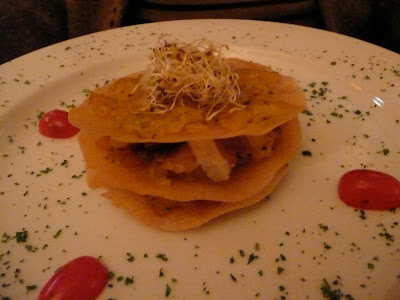 For mains, Neil couldn’t get past moules-frites: 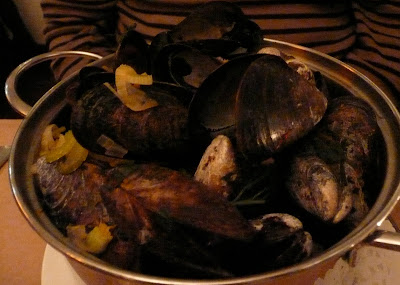 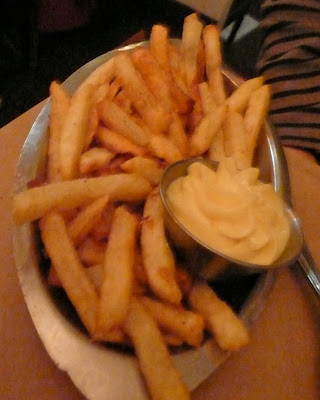 He chose the Moules Belle Époque – Céleri, poireaux, fenouil, safran, échalote,basilic, tomates et bières. It was a LOT (he could have ordered a demi portion) but he ate most of them…

I went for the classic Belgian dish Waterzoï de volaille, a chicken stew with a sauce based on an egg yolk and cream-thickened vegetable broth and usually served as a soup with a baguette to sop up the liquid. This was a bit of a deconstructed version: 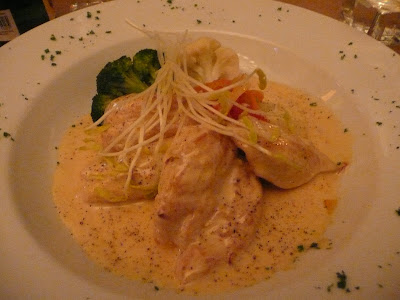 More chicken in sauce than chicken in soupy-stewy liquid. It was delicately flavoured and not too cream-heavy. Loved this.

We had yummy bread to sop up our respective sauces: 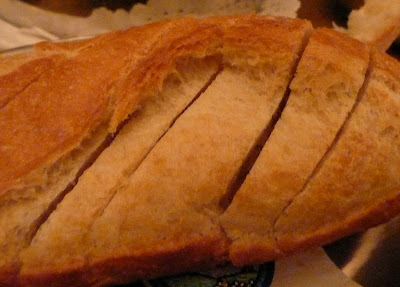 And a nice wine pairing: 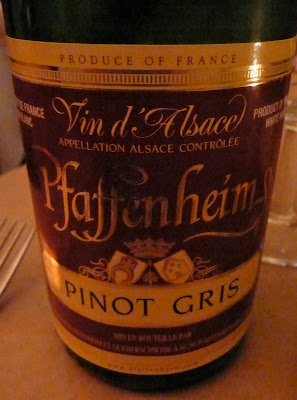 Since we were both pretty full but just needed a little bite of something sweet, we ordered a Mousse au chocolat noir (Dark chocolate mousse, not BLACK chocolate mousse as it was written on the menu!) to share: 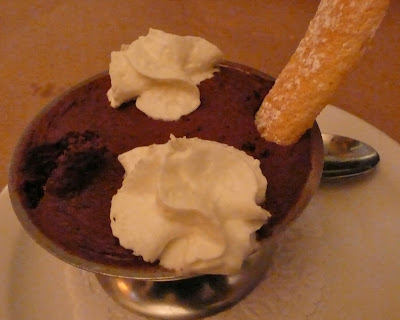 Totally did not need that Cool Whip on top though.

All in all an enjoyable (though not cheap) meal – another little piece of Europe in Old Montreal. A definite must try.

Leave a Reply to Laura in Paris Cancel reply