Lonely Planet calls it “Authentic flavours in an ambient setting.” I call it one of the more charming addresses on the main drag in Luang Prabang. 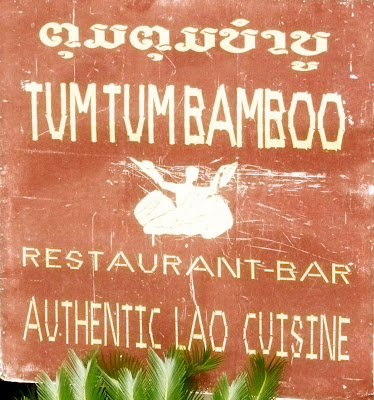 I started out with my favourite – deep fried river weed: 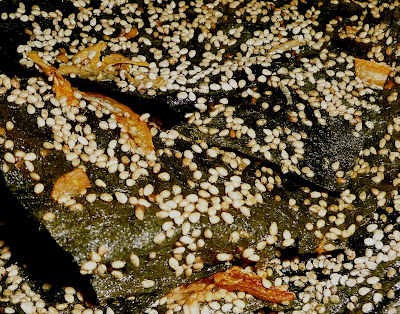 You can read all about the river weed here on Sticky Rice. Basically, even though the weed looks like Japanese nori (seaweed), it’s not the same. It’s sturdier and can stand up to being deep fried as it’s served at Tum Tum Bamboo, sprinkled with sesame seeds and thinly sliced lemongrass: 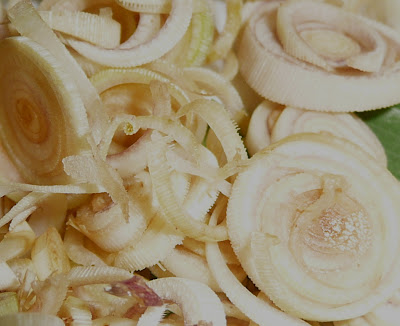 As I said previously, I was a bit addicted to the deep fried river weed- we also ate it at Khop Chai Deu in Vientiane. 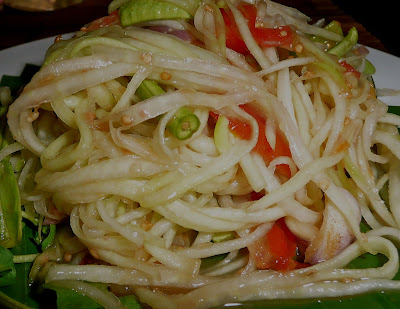 This one was still pretty spicy but much more digestible than his previous try at Khop Chai Deu!

For mains, three guesses as to what I chose: 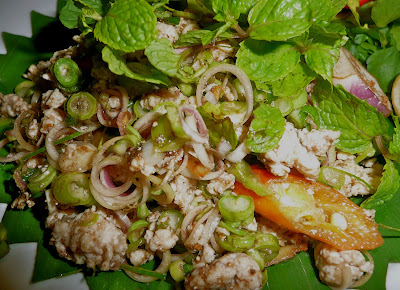 Yup, that’s chicken laap again! Very much like when we are in France and always order the crème brûlée, (or… err… even in Laos!) in Laos we did a little laap testing. Love that stuff. 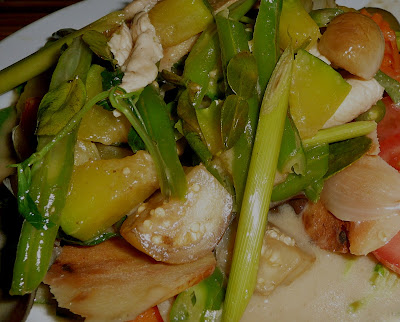 Which contained lots of greens (to his disappointment, he’s not much of a greens boy!) but also wonderfully tender, aromatic chicken.

This meal was included in the price of our trip and we felt so spoiled!!! Again, super fresh food at super cheap prices. For a country not known for its food, we ate pretty well when in Laos…

Leave a Reply to penny aka jeroxie Click here to cancel reply.