So what does a girl do when she has three free hours in Boston and she’s never been there before? I suppose I could have taken one one of the many tourist buses which would have given me a good overview of the city. Then again, a walking tour of Boston’s historic North End with a focus on food sounded much more up my alley…

Our tour started on Salem Street and our tour guide Jim, a former chef, gave us a bit of history about the area:

* It’s the oldest business and residential neighbourhood in the country
* The Irish settled here in 1845, followed by a large Russian Orthodox Jewish population between 1850-1970.
*As the Jewish population became more affluent, they were replaces by a new wave of Spanish and Portuguese immigrants
* In 1920, 90% of the population of this area was Italian. Today it’s more like 40%. The original Italian population was primarily from the south of Italy
* Today there are still over 80 eating establishments in 1/3 of a square mile in the North End!

We headed over to our first stop – Cirace’s wine store. 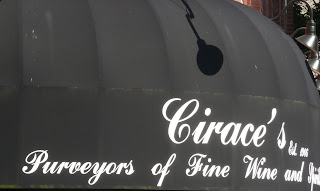 Unfortunately we were not allowed to take pictures inside the store as it was breathtakingly beautiful… Blown glass grappa bottles occupy pride of place in the centre of the store… Jim walked us through a typical Italian meal in terms of what they might drink, from the aperitivi to the digestivi. We tasted limoncello which I normally am not a fan of, however this one was fruity without being overly sweet yet you could still taste the alcohol punch. Mmmm…

If you are ever in Boston and you appreciate fine wine, go there.

Onto our first tasting which took place in Salumeria Italiana, just down the street from Cirace’s – a tiny tiny store filled with every Italian and gourmet ingredient you could think of. 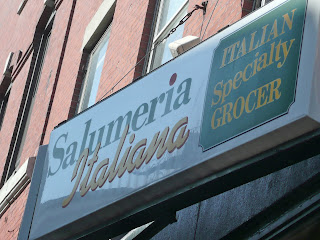 It claims to be: 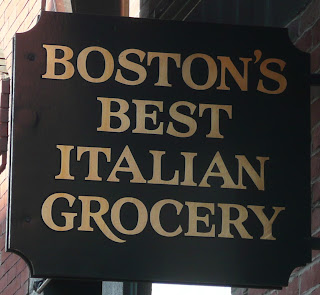 They have a large range of meats and cheeses – nearly too much choice! 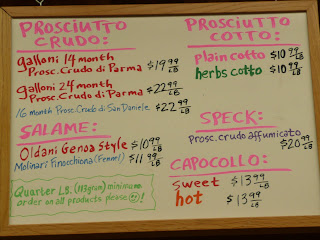 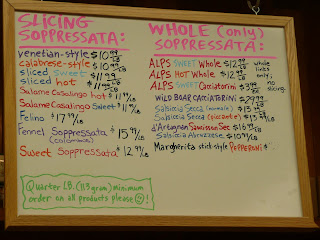 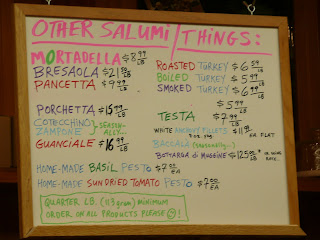 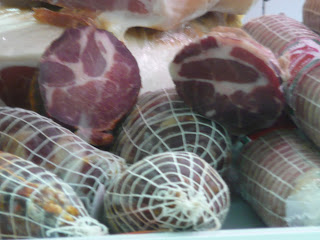 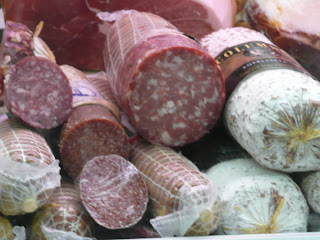 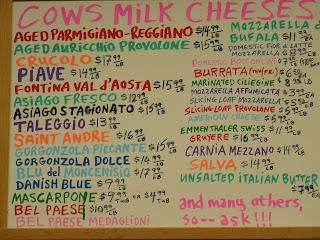 As well as antipasto: 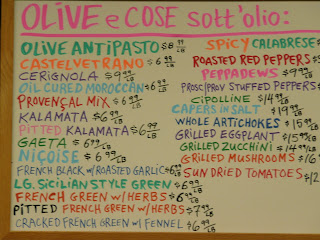 We did some tastings: 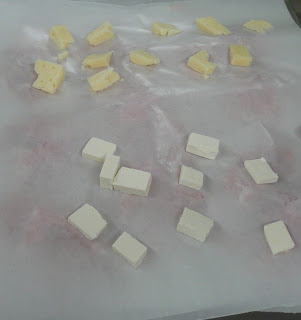 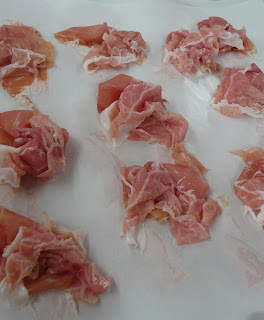 Proscuitto crudo that melted like butter on your tongue. Sublime. 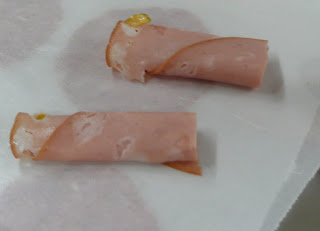 Mortadella which I am not generally a fan of, however this one was again, melt in your mouth delicious, with pistachios and peppercorns. 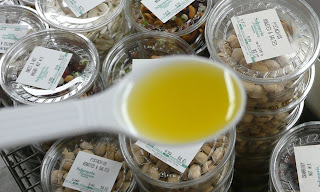 Olive oil which had a real peppery kick to it at the back of your mouth about 10 seconds after you swallowed it. Apparently this is the brand to buy: 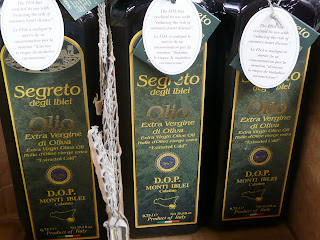 (will be hunting this one down in Toronto for sure!)

The oil was washed down with a spoon of balsamic vinegar: 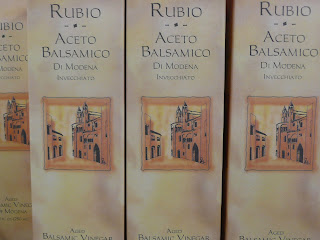 As we filed out of the tiny store, I was surprised to glance at my watch to discover that nearly 45 minutes had passed, effortlessly – Jim was so entertaining and informative you didn’t notice the time passing… We learned all about what to look for when buying canned tomatoes (beware the “San Marzano style” ones!!!), olive oil and balsamic vinegar (they’re not all created the same and you need to read your labels carefully before you buy).

Another “must” if you are ever in Boston. You could pack up quite the picnic from here and eat it at the nearby Greenway.